Millions of diabetics need to take insulin every day, and that means lots of needles—as many as 3-4 shots a day. But the injections are painful, annoying, and easy to put off, and as a result, many people wind up taking insulin less often than they should.

But scientists at Harvard say they have developed the “holy grail”: a pill for insulin, taken orally—no syringes, pumps, or pens required. Animal studies show that the pill delivers insulin as well as a regular injection, and it promises to be scalable for mass production. More research is needed before human trials, but if the pill makes it to market, it will have a profound impact on the quality of life for millions of diabetics worldwide.

What Is Diabetes? (You may read this part in Wilford Brimley’s voice.) Diabetes is actually two different diseases. In Type 1, your pancreas fails to produce insulin—the protein that helps your body absorb glucose from your blood—while in Type 2, your body gradually stops responding to the insulin it is making. Type 2 accounts for about 90% of the 30 million cases of diabetes in the US, and it tends to develop later in life, often as the result of obesity and poor diet. The effect is the same: you can’t absorb glucose, so your blood sugar rises, damaging the kidneys, nerves, eyes, heart, and other systems.

If Type 1 is left untreated, you can literally starve: even if you eat a lot, you can’t get the energy from your blood to your cells. The sugar just builds up in the blood, poisoning you, while your body cannibalizes its stores of fat and protein, causing rapid weight and muscle loss. The immediate consequences of going untreated will vary based on how severe the disease is, but in the long run, high blood sugar is always bad for you and will shave years off your life.

Insulin for Everyone: Type 1 diabetics must take injectable insulin, since their pancreas has stopped making it almost entirely. Shots have to be administered 2-4 times a day—and not too close together, either, or your blood sugar will fall so rapidly that you go into a coma.

People with Type 2 can try diet and exercise to keep their blood sugar low, and there are a variety of drugs that can help manage insulin use and production. But as the disease progresses, many Type 2 diabetics develop resistance to the drugs or max out what their pancreas can produce. Insulin shots go from an emergency backup to a daily routine.

Unless you have an expensive insulin pump, there’s no way around the injections. But shots are painful and unpleasant, and people often put them off if they’re not urgent, resulting in fluctuating blood sugar levels that build up long-term damage.

Insulin Pills to the Rescue: A new study in the Proceedings of the National Academy of Science offers a ray of hope for the needle-weary: an oral pill that can directly deliver insulin, all by itself. One scientist called this the “holy grail of drug delivery” because it has eluded researchers for so long. A series of hurdles stood in their way: stomach acid destroys insulin proteins, and so do digestive enzymes, and even if the insulin makes it to the intestines intact, the molecule is too big to be absorbed through the intestinal wall.

The researchers tackled these issues step by step. They designed a casing that protects the insulin from stomach acid and only dissolves in the more basic environment of the small intestine. Inside the casing, the insulin is mixed with compounds that allow it to survive the enzymes in the intestine, get absorbed through the intestinal wall, and then travel directly to the liver (where insulin does most of its work).

The animal studies show that the oral delivery of insulin pills is just as effective as direct injection—and possibly better. The way the pill is absorbed and mediated through the liver is much more natural than the shots, which deliver a huge surge directly to the bloodstream. Their data shows that shots caused a drastic but short-term drop in blood sugar, while the pills provided a more moderate and longer-lasting reduction—something that could be more useful, day to day.

The Upshot: More research on the long-term effects of oral insulin is needed before the pill can go to human trials. But it’s got a number of things going for it. First, it works (at least in a Petri dish and in animals). Second, the compounds that let the insulin get absorbed (a nutritional supplement and an artificial flavor) are already commonly consumed and generally regarded as safe. Finally, the process is scalable enough for mass production, and the formula is stable enough for long-term storage and transportation.

It still has a long way to go, but right now, momentum is on its side. 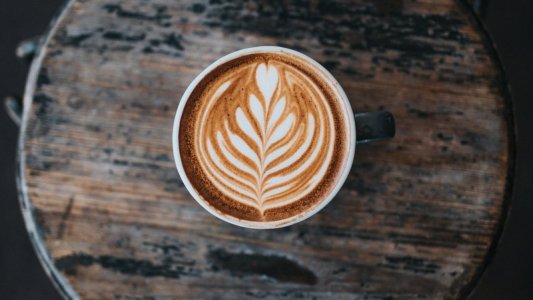 Someday, diabetics could use caffeine to trigger insulin production, thanks to specially designed kidney cells.

Medicine
How coffee could treat diabetes
By Daniel Bier
Subscribe to Freethink for more great stories
Subscription Center
Sections
Video
Freethink
Subscribe
We focus on solutions: the smartest people, the biggest ideas, and the most ground breaking technology shaping our future.
Subscribe