An after-dinner coffee could be enough to control diabetics’ blood sugar—without a shot of insulin—if a new therapy pans out. Researchers in Switzerland have engineered kidney cells to stimulate insulin production when they sense caffeine, and a new study shows that implanting those cells in diabetic mice allowed them to regulate their blood sugar with just a dose of coffee after meals. Their technique for triggering modified cell activity with a common chemical like caffeine might be a breakthrough proof-of-concept for other therapies, too.

Diabetes Is the Worst

The treatment is a rigorous regimen of drugs, diet, and injectable insulin. But people often struggle to monitor and stabilize their blood sugar, resulting in a seesaw of highs and lows that can be damaging and difficult to handle.

A team of European scientists managed to engineer embryonic kidney cells to produce a hormone that triggers insulin production when they detect caffeine. They picked caffeine in part because it is cheap, common, and has no side effects, but also because it’s easy to control your dietary intake. Caffeine is not commonly found outside coffee and sodas (though there’s a small amount in chocolate and a few other foods), and the amount of caffeine in those beverages is very consistent.

Researchers put the cells in capsules to protect them from the immune system and then implanted them in lab mice with obesity-induced diabetes. They gave the mice coffee after meals to see if their implant would make enough insulin to reliably control blood sugar, compared to a placebo group and a non-diabetic control group.

The results were a huge success: the mice produced extra insulin on cue, and the amount could be controlled either with a larger implant or more coffee. Post-meal blood sugar tests showed that the coffee-drinking rodents were able to absorb sugar identically to non-diabetic wild mice. The obese mice also lost weight and had lower levels of fasting blood sugar, nearly outside the diabetic range.

The researchers chose caffeinated coffee as their chemical trigger because it was convenient, not because of any of its inherent properties, but there is actually a lot of research on the effect of coffee and caffeine on diabetes. On the one hand, there’s significant evidence that coffee consumption is correlated with a lower risk of diabetes. On the other hand, there’s even better evidence showing that caffeine, by itself, reduces insulin effectiveness and increases blood sugar—at least in the short-run.

There’s no strong evidence on the long-term impact of caffeine consumption on insulin resistance, and it’s further confounded by the possibility that something else in coffee (most people’s largest source of caffeine) is protecting regular drinkers against diabetes. Still, it’s ironic that scientists have now found a way to use caffeine to increase insulin production and lower blood sugar; hopefully, using caffeine won’t unduly complicate the potential for this treatment.

Ultimately, the goal is to turn this into a therapy that can work for some of the 400 million humans with diabetes, but that’s a long way off at this point. Many more trials need to be done, with larger sample sizes, and the long-term effects of the implants still need to be studied. But their technique for programing a genetic switch that can be easily turned on with caffeine might have a ton of applications with new treatments using “living drugs” or CRISPR-based gene therapies. 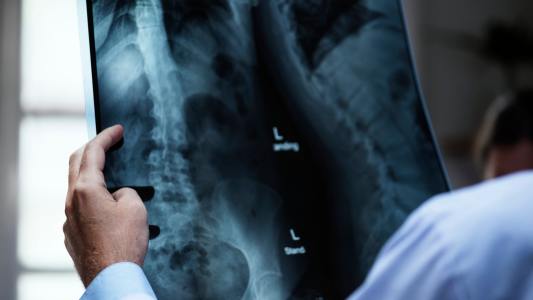 Two years ago, she had two months to live.