Two years ago, Judy Perkins had late-stage breast cancer, which had metastasized and spread tumors throughout her body. Doctors at the NIH called it untreatable, and one scientist described it as “basically a death sentence.”

But oncologists built her a customized treatment, using her own immune cells, to target the cancer. The treatment eradicated the tumors all over her body, leaving her completely cancer free. According to the study published in Nature Medicine , she’s been in “complete durable regression” for almost two years. It’s the first time that a metastatic breast cancer has been stopped using this kind of immunotherapy, and it offers hope that other common cancers could be treated using this “precision medicine” model.

Hope in a Hopeless Place

After several rounds of chemo failed to stop her cancer from spreading, Perkins told journalists, “I had given up fighting” and was “planning on dying.” Tumors pressed on her nerves and made it excruciating to move, and her condition continued to deteriorate rapidly. The prognosis for metastatic stage IV breast cancer is grim: the five-year survival rate is 22%. Her doctors gave her only “two to three months.”

That situation made her a candidate for an experimental trial focusing on just such untreatable cancers, and she was selected for a pilot study at the National Cancer Institute, testing a radical and intensive new treatment.

Scientists biopsied her tumors and painstakingly analyzed the DNA of her cancer cells’ DNA to identify the specific mutations that were causing her disease. They zeroed in on a few mutated genes that were found in all of her tumors, which created abnormal proteins. Her doctors then combed the tumors looking for lymphocyte T cells (the Soldiers of the Immune System™) that had invaded the tumors and were fighting a losing battle to destroy them.

They extracted and cultured these T cells, growing billions of them in the lab to find the specific type that would best target the cancerous mutations they had found. When they found the right cells, they grew 80 billion of them* and then injected them into her body. Doctors also gave her a drug that marginally improves the immune system’s ability to break down her cancer cells’ defenses. Then they waited.

The results were incredible. The customized infusion of T cells rapidly began dissolving the tumors. In six months, her tennis ball-sized tumors had halved in size. In ten months, scans showed her completely cancer-free. Two years later, the cancer is still gone. “After the treatment dissolved most of my tumors,” Perkins told the Guardian, “I was able to go for a 40-mile hike.” From trying not to move to an ultramarathon-length hike (still with only “mostly dissolved” tumors!) is astonishing.

We can’t say just how good this therapy will be for other patients yet, or how many more women could be saved by it. Similar customized infusions failed to work for two other women in the pilot study, and that puts a damper on any wild ideas about there being a silver bullet “for” breast cancer, in general. But it’s still a remarkable achievement, because while this sort of treatment has been done before with other cancers, it hasn’t worked well with prostate or breast cancers, because they tend to have few identifiable mutations that could guide the T cells to target them.

The larger goal for precision medicine like this is to find and hack the features of disease that are unique to each person, helping the patients who fall through the cracks of medicine designed to work only on the largest number of people.

* If that sounds like a lot, that’s because it really is: a healthy adult has about 400 billion total T cells in their body at any given time, and they are busy doing lots of different things, while these 80 billion were selected to focus on just one particular enemy. 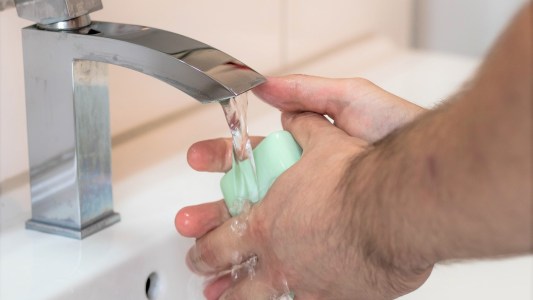 The bacteria in your microbiome ward off infections and help keep your skin healthy.

Medicine
Spraying bacteria onto the skin can treat eczema
By Daniel Bier
Subscribe to Freethink for more great stories
Subscription Center
Sections
Video
Freethink
Subscribe
We focus on solutions: the smartest people, the biggest ideas, and the most ground breaking technology shaping our future.
Subscribe