A genetic test used to screen embryos for aneuploidy prior to in vitro fertilization (IVF) is meant to help avoid miscarriages. But a new study shows that many aneuploid embryos actually self-correct in the womb.

This discovery means that there are more viable embryos than we realized, potentially increasing women’s chances of giving birth to healthy babies.

“This is going to revolutionize how IVF moves forward,” researcher Ali H. Brivanlou, head of Rockefeller University’s Laboratory of Synthetic Embryology, said of the discovery.

IVF: During IVF, eggs are removed from a woman’s ovaries and then introduced to sperm in a lab. The fertilized eggs, or embryos, develop for five or six days before one or more is implanted into the uterus.

Many aspiring parents have their embryos screened prior to implantation so they can rule out any that are unlikely to result in a healthy pregnancy. One common test, preimplantation genetic testing for aneuploidies (PGT-A), checks for cells with too many or too few chromosomes.

That’s called aneuploidy, and it’s the cause of about 60% of miscarriages. If an embryo with an abnormal number of chromosomes does lead to a live birth, the child may have health problems, such as Down syndrome or Klinefelter syndrome.

The challenge: IVF can be expensive and emotionally and physically draining, so the sooner viable embryos are identified and implanted, the better. However, the researchers suspected that PGT-A was slowing down the process by excluding many viable embryos.

“We were seeing young women who should have had plenty of normal embryos going through four or five cycles of IVF only to have all of their embryos declared chromosomally abnormal,” Norbert Gleicher, founder of the Center for Human Reproduction (CHR), said.

“It didn’t make any biological sense.”

The study: To test whether PGT-A was really helping, the researchers implanted embryos that had “failed” PGT-A screening into 32 women (with their consent) and found out their rate of miscarriage was no higher than that of women using PGT-A approved embryos.

When they tested the embryos a few months after implantation, all signs of chromosomal abnormalities had vanished from the embryos. The women ultimately gave live birth at the same rate as mothers with “approved” embryos, too.

Thousands of good embryos are being discarded daily.

So what happened? By tracking the development of embryos with aneuploidy in the lab, the researchers discovered that the abnormal cells didn’t disappear — they were just expelled from the part of the embryo that would become the fetus and into the placental tissue.

“The process of getting rid of those aneuploid cells can lead to the overall rescue of the embryo, even if aneuploid cells remain in the placenta,” researcher Min “Mia” Yang said. “It has been known for decades that placentas often contain islands of chromosomally abnormal cells, while the fetus is entirely normal.”

In other words, the embryo is able to self-correct and remove abnormal cells in development.

The next steps: More research on aneuploid embryos’ ability to self-correct in the womb is needed, but this study suggests that skipping PGT-A during the screening process could dramatically increase IVF success rates.

“Thousands of good embryos are being discarded daily,” Gleicher said. “We now have an opportunity to unlock the potential of this technology to help many more couples suffering from infertility.” 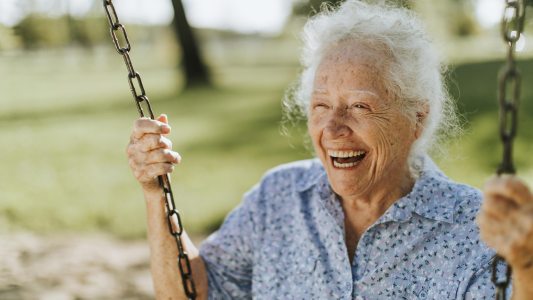 The human lifespan is limited to 150 years, according to a new longevity study focused on the body’s ability to bounce back from stressful events.

Biology
Human lifespan may have a hard limit: 150 years
By Kristin Houser
Subscribe to Freethink for more great stories
Subscription Center
Sections
Video
Freethink
Subscribe
We focus on solutions: the smartest people, the biggest ideas, and the most ground breaking technology shaping our future.
Subscribe