Researchers at the University of Utah have finally discovered the source of a marine compound that had long shown promise as an anti-cancer drug — but wasn’t able to be found in enough quantities in nature or synthesized in a lab.

The source of the compound, called eleutherobin, has been vexing drug discoverers for a quarter century, until it was found in common soft corals off the Florida coast — a mile from the researcher’s brother’s apartment.

The researchers were able to take the first steps towards recreating how the soft corals produce eleutherobin, opening the door to potentially synthesizing the compound in large amounts in the future, once they figure out the rest of the “recipe.”

“My hope is to one day hand these to a doctor,” Utah postdoc Paul Scesa said. “I think of it as going from the bottom of the ocean to bench to bedside.”

Maritime mystery: Eleutherobin was first isolated in the 1990s by UCSD and Bristol-Myers Squibb researchers studying a rare coral found near Bennett Shoal, off Western Australia.

While doing routine analysis of the chemicals in the coral, the team discovered the novel compound and found it “possessed significant cytotoxicity against a wide variety of cancer cells,” they wrote in their study, published in the Journal of the American Chemical Society.

The chemical disrupts cellular scaffolding, and it is used as a defense mechanism by the soft corals.

But researchers could not find enough eleutherobin in the coral to begin drug development with it, and without a deeper understanding of its workings could not synthesize the compound in a lab.

Many scientists assumed it was created by the algae that live symbiotically in coral, not the corals themselves.

“It didn’t make sense,” Scesa said. “We knew that corals must make eleutherobin,” because some corals don’t have symbiotic microorganisms but still have similar chemical signatures.

A native Floridian, Scesa had spent his youth exploring the sea, and suspected that soft corals he was familiar with could be a source of the compound, bringing samples back to Salt Lake City — well above sea level.

Anti-cancer soft corals: Because of new advances in DNA sequencing technology, the researchers were able to search the soft corals’ genome for the genetic code needed to create eleutherobin.

There was, however, a catch: they didn’t know what to look for.

“It’s like going into the dark and looking for an answer where you don’t know the question,” U of U professor of medicinal chemistry Eric Schmidt said.

The researchers were able to take the first steps towards recreating how the soft corals produce eleutherobin, opening the door to potentially synthesizing the compound in large amounts in the future.

To work around the hole, the researchers looked for DNA in the soft corals that resembled the code needed to make similar compounds.

When bacteria were engineered to follow the coral codes they found, they were able to synthesize the first steps towards creating eleutherobin, proving the soft corals were the source and serving as a proof-of-concept for its ability to be made in a lab.

It’s still a long way from soft corals to cancer clinics, however; the team next wants to figure out the rest of the recipe and optimize how to produce the large amounts needed for drug testing. 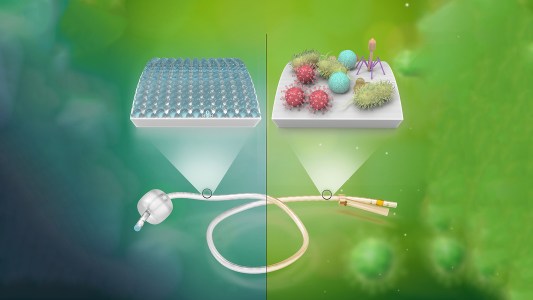 A new treatment could prevent hospital-acquired infections by making it hard for biofilms to form on implanted medical devices.