Pandemic viruses and bacterial superbugs may dominate the headlines, but they are not the only infectious disease threats out there — and the others are on the rise, too.

Fungal infections have been slipping past their usual geographic boundaries and increasing in hospitals and other settings — and, as Scientific American’s Maryn McKenna has pointed out, we currently don’t have much recourse against them.

Fungal infections are incredibly hard to beat, even with modern medicine.

But MIT researchers studying the common yeast Candida albicans may have found a new effective antifungal candidate, and you’ve got some in you right now: mucus.

More specifically, molecules called glycans in the mucus seem to be specialized for keeping pathogens in check, including fungi like Candida and the bacteria Staph.

Mucus may actually be an extensive “library” of small molecules that can hamstring infectious disease agents — just waiting to be identified and used, says Katharina Ribbeck, an MIT biological engineering professor who led the research team.

A tale of two fungi: Candida can make itself at home in our digestive tract, mouth, urinary system, and reproductive organs, and normally doesn’t kick up much fuss. While living happily in mucus, the fungus stays in a round, harmless form.

“These pathogens don’t seem to cause harm in healthy individuals,” Ribbeck said. “There is something in mucus that has evolved over millions of years, that seems to keep pathogens in check.”

But Candida can sometimes shift into a pathogenic form, its gentle round dots becoming long, thin lines, causing (treatable) thrush and vaginal yeast infections. But if the pathogenic form of the fungus gets into organs and the bloodstream — as can happen to patients with compromised immune systems — it goes from decidedly unfun to deadly, with case fatality rates approaching a staggering 40 percent.

Ribbeck had previously figured out that mucins, which are the polymers that give mucus its gelatinous nature and contain glycans, can keep Candida from turning into the dangerous filaments.

MIT researchers studying the common yeast Candida albicans may have found a new, effective antifungal candidate, and you’ve got some in you right now: mucus.

Glycan-do attitude: The new research, published in Nature Chemical Biology, looked to see if the small glycans alone were enough to keep Candida in check.

Ribbeck and her students separated the glycans from their larger mucin molecules, and then exposed Candida to them.

Glycans from human saliva and animal stomach and intestinal mucus were enough to prevent single-celled Candida from turning into its pathogenic form, which releases damaging toxins and creates biofilms that protect the microbe from the immune system.

But figuring out if individual glycans could stop the fungus took more doing. It is incredibly difficult to isolate a single glycan, so the researchers turned to the lab of Rachel Hevey, at the University of Basel.

“Individual glycans are nearly impossible to isolate from mucus samples with current technologies,” Hevey said. “The only way to study the characteristics of individual glycans is to synthesize them, which involves extremely complicated and lengthy chemical procedures.”

Hevey’s lab is one of the few in the world capable of such procedures. They synthesized six glycans, some of which kept the fungus in check as well as the complete mixture.

Analysis showed that the glycans keep Candida in good shape by interacting with over 500 different genes in the fungus, including some related to biofilm creation and metabolism.

What’s next: Ribbeck and colleagues see the discovery as a potential antifungal measure. For example, harnessed glycans could potentially stop a Candida infection outright, or soften it up for other antifungals.

She is working with drug discovery experts to find ways to utilize the glycans, and is studying their impact now on other pathogens. 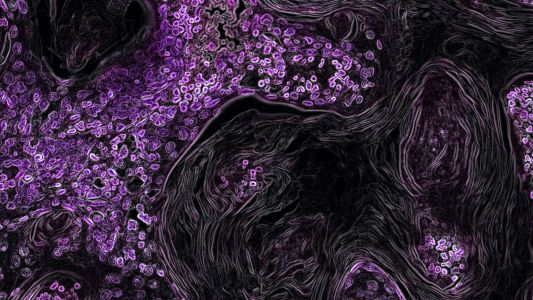