That was the first example of an AR-assisted knee replacement in the U.S. — but it likely won’t be the last.

When a person uses a virtual reality (VR) headset, everything they see is computer-generated — the real-world has been replaced by an artificial one.

AR systems, on the other hand, project computer graphics onto the real world — a user still sees whatever is actually around them, but they also see an extra layer of information. (Kind of like a heads-up display in a fighter jet.)

In recent years, AR has proven to be incredibly useful in healthcare.

Today, there are devices that can help healthcare workers easily find veins for blood draws, and AR apps that make training more immersive for medical students.

We’ve even seen AR used in the operating room before.

Doctors in Israel recently performed AR-assisted surgery on a patient’s eye socket, and in June, a team at Johns Hopkins University became the first in the U.S. to use an AR system designed specifically for spinal surgeries.

Now, we have the U.S.’s first AR-assisted knee replacement surgery.

The knee is the biggest joint in the human body, and when it isn’t functioning properly — due to injury, disease, or general degradation — something as simple as standing up can cause tremendous pain.

If a damaged knee can’t be treated, doctors can replace it with an artificial joint that can last 20 or more years. Today, that’s a fairly common procedure — doctors in the U.S. perform more than 750,000 knee replacement surgeries every year — but that doesn’t mean it’s simple.

NextAR makes sure that my cuts are degree for degree, millimeter for millimeter, accurate.

For a surgery to be successful, a doctor needs to precisely place a patient’s implant and then ensure the ligaments around their new knee are balanced — they must be loose enough to allow a full range of motion, but not so loose as to cause instability in the joint.

“Over the past few years, we’ve learned that optimal balancing of the knee ligaments results in a joint replacement that feels more natural and lowers the risk of instability,” Jonathan Vigdorchik, who performed the AR-assisted knee replacement at Hospital for Special Surgery, said in a press release.

The NextAR system can help surgeons improve the placement and balancing, potentially saving patients from discomfort, pain, or even follow-up surgeries.

To use NextAR, Vigdorchik’s team started by uploading CT scans of their patient’s knees before surgery. The platform used the scans to generate 3-D models of the knees.

During the AR-assisted knee replacement, Vigdorchik wore a pair of smart glasses that projected computer-generated graphics on top of the patient’s actual knees to help guide the procedure and provide real-time feedback.

The AR platform could decrease operating time and translate into greater efficiency.

For example, if Vigdorchik was making a cut right where he was supposed to, the computer-generated line guiding the cut would appear green, but if he veered off course, it would turn red.

“At many time points during the operation (NextAR is) actually providing me information, making sure that my cuts are degree for degree, millimeter for millimeter, accurate,” Vigdorchik told the Wall Street Journal.

The glasses also received location data from sensors positioned above and below the knee joint. Vigdorchik was then able to use that information to guide the ligament balancing during the procedure.

Vigdorchik told the WSJ that the patient who went under the knife during the first AR-assisted knee replacement is doing well. He’s already used NextAR a second time, and that surgery was also successful.

Vigdorchik plans to use the system for future surgeries and compare the results with those of traditional knee replacements. If the platform holds up to scrutiny, he believes it could benefit not only patients, but hospitals, too.

“(T)he high level of precision of the AR platform could decrease operating time and translate into greater efficiency,” he said in the press release.

“This is particularly advantageous in the current healthcare environment,” he continued, “as surgeons and hospitals may still be catching up on elective knee replacements that were deferred during the pandemic lockdown.” 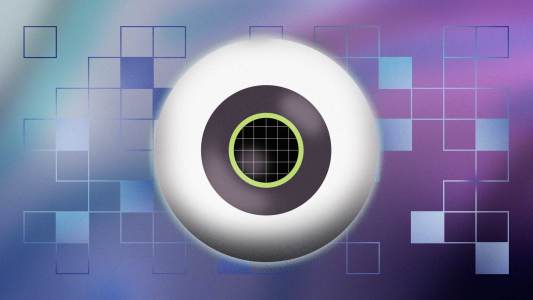 Doctors in Israel used a combination of AR surgery and 3D printing to repair a patient’s damaged eye socket quickly and efficiently.