Artificial penis tissue developed in China was able to restore erections in pigs with penis injuries — and it could one day do the same for millions of people with Peyronie’s disease, a common and painful cause of erectile dysfunction.

The challenge: During an erection, wavy fibers of a tissue in the penis, called the “tunica albuginea” (TA), straighten and stiffen to help the penis remain firm.

An estimated 10% of people with penises in the US have Peyronie’s disease, a condition in which scar tissue forms in the TA due to either injury or an autoimmune disease. This causes a curve in the penis, and it can make maintaining an erection difficult or painful.

There is no cure for Peyronie’s disease, and it rarely goes away on its own. To treat people with severe cases, surgeons can remove the scar tissue and replace it with tissue sourced from a tissue donor, an animal, or another part of the patient’s own body.

These biological tissue patches can prevent shortening of the penis following surgery, but they are also sometimes rejected by the immune system, and because they aren’t the exact same structure as natural TA, the transplanted tissues don’t always perfectly replicate its function.

“Our research is based on a simple scientific hypothesis: by simulating the microstructure of natural tissues, we can obtain artificial materials with properties similar to those of the tissues,” senior author Xuetao Shi told Gizmodo.

The results: After determining in the lab that the artificial penis tissue — made from a polyvinyl alcohol hydrogel — should be safe in the body, the researchers used it to repair TA injuries in the penises of pigs bred for medical research.

A month later, the animals showed no signs of rejection. When saline was injected into the patched porcine penises to prompt an erection, the organs became stiff and straight, just like they would have prior to the injury.

Looking ahead: More research is needed before the artificial penis tissue will be ready for testing in humans, but if it works as hoped, it could be a better alternative to the biological tissues currently in use.

Still, TA damage isn’t the only cause of erectile dysfunction, and the Chinese scientists hope future research will allow them to find ways to address problems with other parts of the organ — or even figure out how to construct artificial penises from scratch. 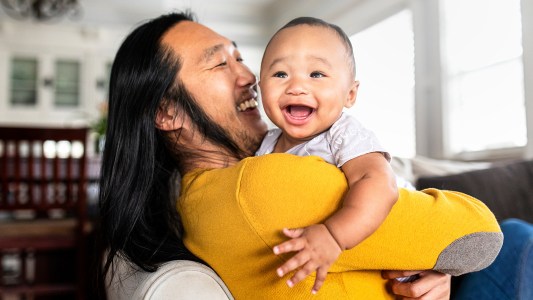