Picture the familiar double helix of human DNA — a long, twisted ladder with 3 billion rungs on it, each made of a pair of genetic bases (A, T, C, and G).

A mistake in just one base along that ladder — an A where there should be a G — can be enough to cause a disease.

In fact, researchers have linked over 31,000 different mistakes, known as “point mutations,” to human diseases. Now, an advanced form of gene therapy — called base editing — could make it possible to safely correct them.

What Is Base Editing?

Base editing is a type of gene editing technology, just like CRISPR.

However, while CRISPR cuts through both strands of the DNA ladder to swap in different genes, a base editor makes precise changes to individual letters along the genome — a much less invasive kind of DNA surgery.

“It’s like your spell-checker,” neuroscientist Jeffrey Holt said in June. “If you type the wrong letter, spell checker fixes it for you.”

Base editing was first developed by Broad Institute researcher David Liu in 2016, and it’s not perfect — the best base editors still make off-target edits and aren’t 100% efficient.

However, the technique is more efficient than CRISPR and causes fewer errors, which has made it the focus of considerable research into correcting disease-causing point mutations.

Base editing is like your spell-checker. If you type the wrong letter, it fixes it for you.

More recently, Liu was part of a group that used base editing to correct the point mutation that causes progeria, a premature-aging syndrome, in mice. By changing a T to a C in a single gene, they were able to more than double the lifespan of mice with the disease.

There’s no guarantee that a therapy that works in mice will translate to humans (although gene editing is conceptually much simpler than drugs that rely on complex chemistry).

To find out whether base editing can live up to its promise as a disease-curing technology, we need human studies — and now, one is just on the horizon.

HeFH is fairly common, affecting about one in 500 people, and it causes consistently high levels of “bad” cholesterol (LDL-C) — that makes people with the disease susceptible to heart attacks or strokes at a relatively young age.

In primates with HeFH, Verve used base editing to change an A to a G in a single gene. Within two weeks, the animals’ blood LDL-C levels had dropped by 59%. Six months later, they were still just as low.

VERVE-101 will look to be a genetic medicine for a genetic disease.

The treatment, dubbed “VERVE-101,” was well-tolerated, with no adverse effects reported.

“When we started, we had no idea this would work,” Verve CEO Sekar Kathiresan said in a press release, adding, “It works, and we expect this to be durable for the lifetime of the animals.”

Now, Verve wants to find out if VERVE-101 works in humans.

The company plans to spend 2021 conducting toxicology studies in animals, with the goal of launching a clinical trial of the base editing treatment in 2022.

“VERVE-101 will look to be a definitive therapy for (people with HeFH),” Kathiresan said. “A one-and-done permanent lowering of cholesterol, or a genetic medicine for a genetic disease.” 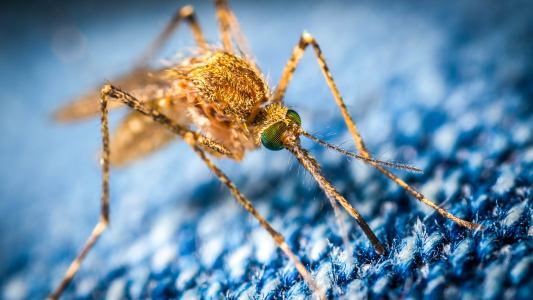 A gene drive designed to remove itself from an insect population after a few generations could help bring an end to mosquito-borne diseases.