Every year, a million people die from diseases they contracted from a mosquito bite, making the tiny pests the top animal killer of humans worldwide. To end mosquitoes’ reign of terror, some researchers are looking into genetic engineering.

The idea is that we could genetically engineer mosquitoes that are incapable of spreading diseases, and then use a technique called a gene drive to ensure all of their offspring inherit that trait. With enough immune mosquitoes in the wild, we might rid the world of mosquito-borne diseases.

However, the engineered mosquitoes could have unintended consequences on the ecosystem. The only way to find out what those might be is to release the mosquitoes into the wild, but once they’re out, we can’t un-release them, making the situation something of a catch-22.

Now, Texas A&M is developing a gene drive designed to self-delete after a certain number of generations — and if it works as hoped, it would give researchers a controlled way to test a gene drive to end mosquito-borne diseases in the wild.

The Texas A&M team recently published a study detailing three potential ways to get a gene drive to self-delete. It’s now developing one of those methods further using $3.9 million in funding from the National Institute of Allergy and Infectious Diseases (NIAID).

The technique takes advantage of a process mosquitoes and other animals use to repair damaged DNA.

As part of this process, certain proteins inside the nucleus of a cell will look for duplicate genetic sequences around broken strands of DNA. They then delete everything between the repeats.

The idea is to engineer mosquitoes to include not only a gene drive, but also a DNA-snipping enzyme and a small repeat of the mosquito’s own DNA on each side.

In theory, the enzyme and DNA could trigger the insect’s genetic repair system to jump into action, deleting the gene drive and removing it from a mosquito population entirely after just a few generations.

If a self-deleting gene drive proves safe and effective, with no negative unintended consequences, it could later be released using mosquitoes that don’t include the additions that would cause it to self-delete.

This isn’t the only potential solution to the problem of gene drive irreversibility.

Another option is to release engineered mosquitoes into the wild, and if some unintended consequences emerge, release a second batch of modified mosquitoes to deactivate the gene drive when insects from the two groups mate.

Adelman believes his group’s proactive approach is more practical than that fail-safe option.

“If something goes wrong during the release of gene drive pests, it is not likely the same group of scientists will be allowed to release a different version to control the first,” he said.

A gene drive isn’t likely to completely eradicate mosquitoes, so we could just wait for it to die out, but it’s hard to predict how long that might take or how much damage the insects might do to an ecosystem in the interim.

For now, a self-deleting gene drive could be the least risky way to test the approach to mosquito control in the wild, and the researchers hope to release the results of their first experiments — which will be confined to a lab setting — in 2021. 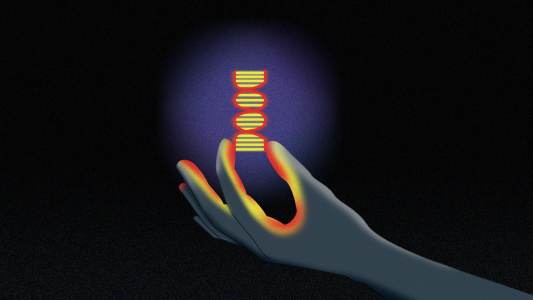 Genome sequencing tech is getting more portable. Now, there’s a genome analysis app that puts the ability to study those genomes in scientists’ pockets.