Scientists have developed a blood test for depression and bipolar disorder that they say can provide better diagnoses for patients. Worldwide, 1 in 4 people will experience a clinical mood disorder (bipolar, depression, etc) at some point in their lifetime. But correctly diagnosing these disorders can be tough.

Currently, doctors have to rely on verbal reports from individuals to assess the severity of the situation. This can often lead to a late, improper, or missed diagnosis. For example, many people may be tempted to dismiss or downplay mental health symptoms.

“(Mood disorders) are also sub-optimally treated,” researchers at Indiana University write in a new study, adding that this can “lead to self-medication with alcohol and drugs, and may culminate in some cases with suicide.”

An objective blood test could help provide a clearer understanding of the patient’s mental health, which could lead to earlier and more precise treatment options that match their needs.

What are Blood Biomarkers?

The Indiana University researchers identified 26 biomarkers in a person’s blood that can be used to indicate current mental health status, as well as the risk of developing a disorder in the future. The biomarkers can also help inform which medication may work for the patient — a huge upgrade to a process that currently relies on trial-and-error.

A “biomarker” simply refers to anything in your body that can be measured to help assess your health. Biomarkers can be molecules, genes, enzymes, hormones, etc., which can give doctors clues about how your body is functioning, and if there’s any indication of disease.

Biomarkers are nothing new — but bringing them into the field of mental health is new.

This work took 4 years to complete and involved over 300 research participants. The participants were observed over time and had their blood drawn while they experienced high and low mood states. The researchers then compared blood biomarkers from the two mood states to determine what changed.

By cross-referencing their findings in large datasets from previous studies in the field, they were able to identify the 26 biomarkers. Their findings were then validated by measuring the biomarkers of people diagnosed with clinical depression or mania.

“We also used the biomarker signatures to bioinformatically identify new/repurposed candidate drugs,” the researchers wrote. “Top drugs of interest as potential new antidepressants were pindolol, ciprofibrate, pioglitazone and adiphenine, as well as the natural compounds asiaticoside and chlorogenic acid.”

Now, the team is focused on working with doctors and pharmaceutical companies to apply their discoveries to real-world clinics.

“This is part of our effort to bring psychiatry from the 19th century into the 21st century, to help it become like other contemporary fields such as oncology. Ultimately, the mission is to save and improve lives,” Dr. Alexander B. Niculescu, the lead researcher said.

Neuroscience
How exercise changes your brain biology and protects your mental health
A psychiatrist and neuroscientist began to think of prescribing exercise as telling patients to take their “exercise pills.”
Up Next 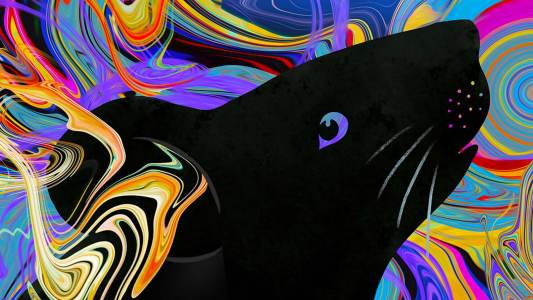 An experimental game that triggers auditory hallucinations in both mice and humans could lead to new treatments for schizophrenia.