Doctors use the day a pregnant woman’s last menstrual period began to calculate when she’s likely to give birth — because most pregnancies last about 40 weeks, they just tack 280 days onto that and call it her due date.

However, anything between 37 and 42 weeks is considered a normal duration for a pregnancy, and about 10% of babies in the U.S. are born prematurely, meaning most women don’t really know when their labor might begin until it’s actually happening.

Now, Stanford University researchers have identified changes that happen in the blood of pregnant women about three weeks before the onset of labor.

Using those biomarkers, they developed a prediction model that narrows the delivery window — foreshadowing a future in which a simple blood test might take some of the uncertainty out of birth.

Straight to the Source

During Stanford’s trial, 63 pregnant women gave two to three blood samples during the last 100 days of their pregnancies. By analyzing more than 7,000 features in samples from 53 women, the researchers identified several changes that happen just prior to the onset of labor.

“The mom’s body and physiology start to change about three weeks before the actual onset of labor,” co-author Virginia Winn said in a press release. “It’s not a single switch; there’s this preparation that the body has to go through.”

The changes included surges in certain hormones and proteins, as well as an increase in factors that would help with blood clotting — likely to protect against dangerous blood loss after delivery.

Using 45 of the most relevant biomarkers, then they developed a prediction tool. When they tested it using samples from the 10 remaining women in the trial, it was able to predict the onset of labor within a window of two to four weeks.

While a two- to four-week window isn’t much better than the five-week window women get now, the study was small, and the researchers believe larger trials and bigger data will allow them to hone the accuracy of their prediction tool.

Forty-five is also a lot of biomarkers to test, so they want to see if they can decrease the number while still generating an accurate prediction, too.

It’s not a single switch; there’s this preparation that the body has to go through.

If they are able to develop a practical, accurate blood test that can predict the onset of labor, it could do more than just help women prepare for delivery.

Pregnant women can have “false” contractions as soon as their second trimester. Those contractions can be ignored, but if a woman is actually going into labor early, doctors might want to administer steroids to help the premature baby’s lungs develop before birth.

An accurate blood test could help them know which scenario is playing out right away.

The researchers hope to have a test that doctors could use to predict when a woman’s body is transitioning into the pre-labor phase within two to three years. They could then administer the test during office visits.

If that works out, it may not be too speculative to imagine that test one day being translated to a device like a blood sugar monitor. Pregnant women could test themselves regularly throughout the later stages of their pregnancy to find out when the onset of labor is just a few weeks away.

Either way, the test won’t be able tell a woman at the start of her pregnancy exactly when she’s going to go into labor — the standard due date will still apply there — but it could make those last couple of months less nerve-wracking and potentially lead to healthier babies. 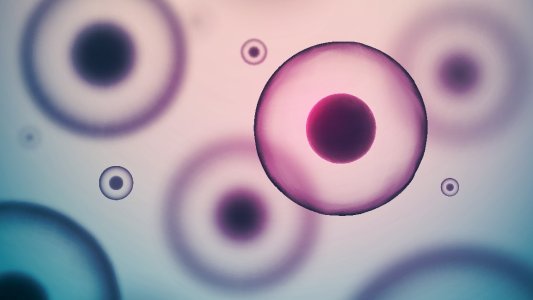 Biology
Customized stem cells could show us how dementia happens
By Teresa Carey
Subscribe to Freethink for more great stories
Subscription Center
Sections
Video
Freethink
Subscribe
We focus on solutions: the smartest people, the biggest ideas, and the most ground breaking technology shaping our future.
Subscribe