The National Institutes of Health (NIH) is planning a massive genome editing project that joins dementia and stem cell researchers, in an attempt to solve the genetic mystery of Alzheimer’s disease.

Despite advances in genomic studies, it has taken researchers decades to identify even a few of the genes that increase the risk for neurodegenerative diseases. But at least hundreds of genes are involved, each contributing only a tiny amount to the risk.

At this rate, it will take many more decades to map out the genetic mutations that trigger brain cell damage that may be behind Alzheimer’s disease and other dementias. The NIH is calling on scientists to band together, pool their resources, and figure out the family of dementia-related diseases once and for all.

The project is called the iPSC Neurodegenerative Disease Initiative (iNDI), and it is led by neurologist Michael E. Ward and neurobiologist Mark Cookson.

“The NIH is starting to reimagine how we study these genes and study them together — the biology behind the genetic forms behind Alzheimer’s, Parkinson’s, dementia, and ALS. We are studying them all in parallel because we realize they are all overlapping,” says Ward.

What Are Induced Pluripotent Stem Cells?

In 2006, researchers discovered how  specialized adult cells — like skin cells or kidney cells — can be genetically “reprogrammed” into an embryonic-like state. By inserting genes crucial for preserving the key properties of embryonic stem cells, these adult cells suddenly became an unlimited source for any type of human cell required for research or therapeutic purposes.

Like most stem cells, induced pluripotent stem cells can be raised in a petri dish to transform into just about any other type of cell, the NIH said in a press release. For this new project, they will become brain cells. Once transformed, they still retain the original genes and the same risk level for developing Alzheimer’s disease — they are essentially unique stem cells.

The goal is to create more than 100 lines of  stem cells  — each with the same genetic profile, with one exception: a single disease-causing mutation. They plan to do this with each known mutation associated with dementia-type diseases.

By introducing the Alzheimer’s related genes one at a time, the team can observe what happens when these cells grow and function — and hopefully find clues into the genetic causes of Alzheimer’s disease. They described their plans in the journal Neuron.

Ward describes it as a “library of stem cells” that researchers anywhere can easily tap into. He says that the cells will be available to researchers with a click of a button.

“It allows researchers to have a common language across labs, where people will be able to compare results because they are generated in a universal cell type. We haven’t yet had that in the stem cell field,” said Ward.

Alzheimer’s disease is a chronic disease, in which dementia symptoms progressively worsen over time. It is the most common type of dementia and targets the brain regions that control memory and thought.

As of 2020, about 5.8 million Americans have Alzheimer’s disease. Memory loss, the hallmark of the disease, can affect daily life like paying bills, remembering friends, and having poor judgment.

Ward says that many dementia-related diseases are associated with common genetic mutations — making it hard to predict the mutation that a person has based on their diagnosis alone. Traditionally, scientists have studied the family of diseases, including Alzheimer’s, dementia, and Parkinson’s, and ALS, in silos. But pooling the research could hasten our understanding of these diseases, since they may have overlapping causes.

“We have traditionally put neurodegenerative diseases in bins based on major symptoms but as we have begun to better understand the genetic basis of these disorders it is clear that there is a major overlap between diseases. Therefore, trying to look at how genes work in cells irrespective of disease label is really important to me as it might break down our prior biases,” said Cookson.

The team hopes that this library of induced pluripotent stem cells will accelerate the production of potential therapies for the millions of people who suffer from these debilitating diseases. 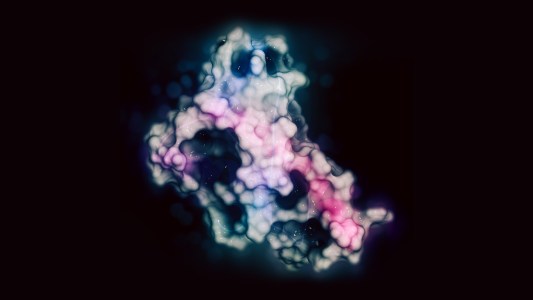 Researchers believe they have found a spot on a mutated prion protein that can lead to brain-spongifying disease.

Brain
Scientists may have figured out how to fight prion disease
Subscribe to Freethink for more great stories
Subscription Center
Challenges
Video
Freethink
Subscribe
We focus on solutions: the smartest people, the biggest ideas, and the most ground breaking technology shaping our future.
Subscribe