Researchers believe they may have discovered a new component to cancer.

“We’ve unveiled an extra level of control for how cancers behave – something we liken to cancer’s ‘dark matter,’” Trevor Graham, study author and director of the Centre for Evolution and Cancer at the ICR

“We’ve unveiled an extra level of control for how cancers behave – something we liken to cancer’s ‘dark matter.’”

Enter epigenetics: As we began the august age of genetic sequencing, our easier and more economic ability to decode the human genome led to an interesting mystery: mutations you’d expect to see in some conditions known or thought to be genetic didn’t always show up.

One possible culprit? Changes to our DNA that don’t actually change the letters of the code itself. An entire field, called epigenetics, has been dedicated to studying these changes, which can be caused by chemical modifications that can change how genes are expressed.

Even though they don’t change the letters of the genome, they alter how DNA is read and carried out by the cell.

The team’s studies point to cancer epigenomes as playing a role in tumor formation, sometimes passing under the radar of DNA testing. These shadow moves may be important to cancer’s development and progression.

“Genetic testing for cancer mutations only gives us part of the picture about a person’s cancer – and is blind to ‘epigenetic’ changes to how genes are read,” Graham said.

Cancer epigenetics: The team’s two papers, both published in Nature, looked at bowel cancer epigenomes, tracking how they shape the cancer’s growth and evolution towards aggressiveness.

The first study examined 1,373 samples taken from 30 patients with bowel cancer and tracked and characterized their epigenetic changes.

They found that changes were very common in cancerous cells, and tended to cluster around genes known to be linked to cancer. The changes were able to be inherited by cells during cell division, contributed to cancer’s evolution, had an impact on the DNA letter mutations that cancer cells accumulated, and were present in cancer cells that had survival advantages.

The team’s second study wanted to find out why some cancer cells are so different from others — bestowing on them those survival advantages that allow them to resist treatment.

By taking samples from different parts of the same tumor, the researchers were able to determine that variations in the cancer cells were often controlled by factors outside of DNA mutations.

“Cancer’s ability to rapidly change and evolve is a key reason why it is so hard to treat,” said Kristian Helin, a study author and chief executive of ICR.

“Exactly how cancer cells do this, and the factors that control how it can adapt to evade treatment, is not well understood. This important work demonstrates the potential role of epigenetic regulation in the development of cancer and the complexity of its behaviour.”

Better understanding, better treatments: The team believes that by tracking cancer epigenomes, we may be able to develop a better understanding of the biological course of the disease and create more accurate predictions of treatment courses.

“I hope our work will change the way we think about cancer and its treatment – and should ultimately affect the way patients are treated,” Graham said.

Testing for genetic mutations only provides part of the picture, he argues; we may be fighting cancer with one eye shut.

“By testing for both genetic and epigenetic changes, we could, potentially, much more accurately predict which treatments will work best for a particular person’s cancer.”

The team’s research may also help to eventually develop new forms of cancer therapy — ones which take aim at cancer epigenomes, Helin said. 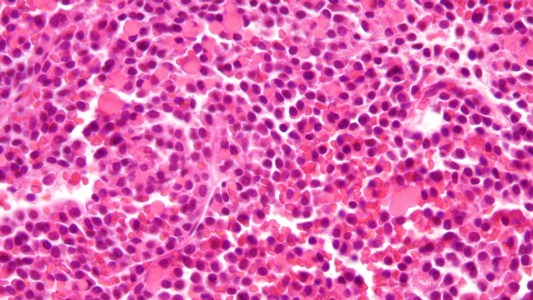 The FDA has approved Johnson & Johnson’s Tecvayli, a new blood cancer treatment for people with relapsed or refractory multiple myeloma.