But some disorders that were widely expected to have some kind of genetic basis — like types of autism or congenital heart disease — have proved harder to crack. Often, the few genes that have been found fail to explain a huge number of cases that lack them.

But a new study in a Nature journal suggests there may be a whole universe of mutations, called epivariations, that are invisible to ordinary genetic testing but can still cause congenital diseases and neurodevelopmental disorders.

This could have huge implications for the treatment, prevention, and diagnosis of these diseases.

Mutation 101: (You may read this part in Patrick Stewart’s voice.) Human DNA is the code for building a person. It is written using four molecular bases, represented by the letters A, C, T, and G. These letters spell out the “words” (or genes) that tell your body what kind of proteins to make—and where, when, and how often.

“Mutation” typically means a random change in DNA letters — a typo, missing word, duplicate page, or section pasted into the wrong chapter. Usually, these changes are harmless, but sometimes they can cause disease or developmental problems.

Reading It Back: Thanks to next generation DNA sequencing, scientists can now easily read every single letter in your genetic code — all three billion of them. Ten years ago, sequencing a genome like that cost $10 million; today, it costs about $1,000.*

This has led to a revolution in genetic testing, allowing scientists to find thousands of genetic variants and mutations related to disease.

But at the same time, individualized genetic sequencing has shown that many patients born with developmental disorders and congenital illness do not seem to have any relevant mutations: “Spellcheck found no issues.”

Their genes look like anyone else’s, but they just don’t do the same thing as everyone else’s.

Genetic “Wite-Out”: Researchers thought the answer might lie with epigenetic mutations: heritable changes in gene function that don’t affect the letters of DNA — and therefore won’t show up in standard genetic sequencing.

We often talk about DNA as though it really was just a string of characters, like computer code — but, of course, DNA is a three-dimensional molecule. Those “letters” are just chemical compounds, and, sometimes, they can absorb another compound called methyl. This essentially adds methyl groups “on top” of DNA, without replacing or deleting anything.

This process is useful for a lot of things, including regulating growth, but one thing it can do is suppress a gene’s expression without changing its spelling.

Think of it like wite-out: all the letters are still there, but some words have been blurred or covered up, so the cell can’t read it.

Overlooked: Scientists have known about epigenetic changes like methylation for a while, but they haven’t attracted much attention as a possible cause of congenital disease.

Up to this point, epigenetics has been largely overlooked in the gold rush of genetic sequencing. But that trove of genetic data eventually began to show that many diseases that look genetic (or even have known genetic causes) weren’t showing up in many patients’ DNA.

Researchers at the Icahn Medical School decided to systematically analyze the “methylation profiles” of about 500 patients who had already tested negative for any relevant mutations. They found that changes in their DNA methylation could have “an impact on gene expression comparable to loss-of-function mutations.”

In other words, the gene is still there, but the body can’t read the instructions. They found that these epigenetic effects could be the source of the congenital illnesses for 20% of these patients.

The Upshot: This deepens the complexity around many genetic disorders, but it could also help resolve a lot of the apparent randomness that has thrown genetic scientists for a loop.

Adding methylation profiling to genetic sequencing could reveal these invisible mutations lurking in our DNA, and that could turn out to be just the puzzle piece doctors need to understand many patients’ illnesses.

As the lead author Andrew Sharp put it, it “could help us uncover causative defects in congenital and neurodevelopmental diseases that have eluded us for years.”

*If you’ve done 23andMe or another consumer genetic testing service, which typically run about $200, that was probably genotyping, not sequencing. Genotyping is kind of like skimming or speed reading — you’re not reading each letter, but you get the gist of it. Genotyping is useful for knowing which of several known variants of a gene you have, but it misses a lot of detail, and it often won’t pick up things like a single letter mutation if it’s not part of a known variant. 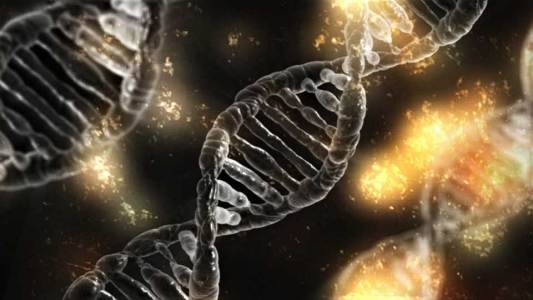 Your body began with a single cell and a single genetic code. But it didn’t stay that way for long.

Genetics
Your DNA is not the same in every cell
Subscribe to Freethink for more great stories
Subscription Center
Sections
Video
Freethink
Subscribe
We focus on solutions: the smartest people, the biggest ideas, and the most ground breaking technology shaping our future.
Subscribe