A fascinating article in the New York Times explores how a series of discoveries is radically changing our picture of what it means to talk about “your” DNA. We refer to a person’s “genome” in the singular—as though we each had just one genetic code that formed when our father’s sperm met our mother’s egg. But that’s not exactly true, because mutations happen in our cells all the time, and those differences can spread as cells divide to grow and renew our bodies. We’ve always known this in the abstract, but we have only recently realized the true extent of the genetic diversity that exists inside each one of us. The implications for medicine—and for what makes each of us unique—could be profound.

We Are All (Partly) Mutants: We often think about mutation in the context of evolution or hereditary diseases—the kind of genetic change that is passed down through the generations. But mutations also happen inside regular “somatic” cells, like brain, liver, or skin cells—basically, anything that isn’t sperm or eggs. While these changes won’t get passed on to your children, they will spread throughout your body. When a cell divides, its DNA gets copied over to the two new “daughter” cells. Occasionally, an error happens, and the resulting mutation is passed on to the new cells. These mistakes can be large (like moving a big chunk of DNA onto a different chromosome or deleting an entire copy of a chromosome) or just a single letter (known as a “point mutation”), but the altered genetic code is faithfully copied by the daughter cells, and then their daughter cells, and so on.

A Mosaic of DNA: If a cell mutation happens early enough in your life, when you don’t have many other cells and still have lots of growing to do, the altered DNA has a huge opportunity to spread and end up in big swathes of organs or even throughout your whole body. This can happen many times over your life, with different sets of DNA forming little families of cells throughout your body. This is called “mosaicism” because of the way it creates an uneven patchwork of slightly different genomes all over your body.

Genetic, But Not Hereditary: Scientists have been noticing this phenomenon here and there over the years, but usually in the context of a noticeable disease or defect caused by the mutation. Many tumors, for instance, are known to be the “children” of damaged cells that couldn’t stop dividing. Certain mutated cells in embryos can later go on to grow lungs or hearts with structural defects that are “genetic” (in that they are caused by broken genes) but not hereditary (because they did not come from either parent). The weirdest part is that if you tested DNA from the wrong cells (like from a mouth swab), you might not see the mutation, because it’s only found in certain cells of the heart.

Healthy Uniqueness: We’ve only realized how common mosaicism is in recent years, thanks to the advent of cheap and precise gene sequencing tests. Scientists can now compare DNA in different cells from the same person, letter by letter, and they’re finding a surprising amount of diversity. In fact, we’re all partially mosaics. The Times cites a biologist who found that 25-50% of cells in healthy people’s livers were missing a second copy of one particular chromosome. Typically, every cell has two copies of all 23 human chromosomes—one from each parent—but sometimes embryonic cells lose a copy when they are dividing. These cells normally just die off, but many apparently don’t, and they can go on to form perfectly functional sections of organs. Researchers at Harvard found that, by comparing numerous small mutations in a young man’s brain cells, you could reconstruct the division and growth of his neurons back to five distinct lineages that split off sometime in his early development.

The Upshot: It’s unclear exactly how much most of these changes matter for the development of our bodies and (most intriguingly) our brains. The vast, vast majority of the 3 billion letters in our DNA are identical to every other cell in our body, so it’s not wrong to think about you having a mostly stable, singular genetic code. There’s also a healthy natural selection that goes on inside our body to kill off radically mutated cells. Still, there’s a number of surprising implications that are beginning to set in. The first is that we can’t always rule out a genetic condition because of a single DNA test of certain cells—this is probably a rare issue, but we have no idea how rare. Another is that there’s probably lots of major mutations (like half of liver cells missing one copy of a chromosome) that are going to show up in both healthy and sick people, and it won’t be obvious what role, if any, it plays in the disease.

A final point that’s worth pondering comes from the Harvard scientist Christopher Walsh, who traced the internal lineages of brain cells: even if you start out with just one version of DNA from your parents, embryonic mutations may alter how your brain and other organs develop. As he put it, “The same zygote would never develop exactly the same way twice.” And that means that we are all, in some way, just a bit different than anyone else could be—even if they were exact clones of any of our genomes. 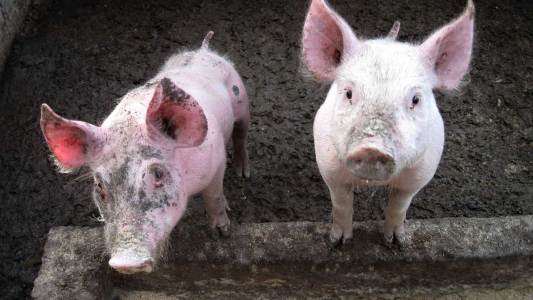 When it comes to rare diseases, doctors often don’t have enough patients to determine the effectiveness of various treatments. Now, scientists are breeding pigs with the same genetic code as people with a disease in order to create a pool of test “patients” unlike any before.

Series|Superhuman
Can genetically modified pigs be the key to treating rare diseases?
7:42
Subscribe to Freethink for more great stories
Subscription Center
Sections
Video
Freethink
Subscribe
We focus on solutions: the smartest people, the biggest ideas, and the most ground breaking technology shaping our future.
Subscribe