Now, a letter published in the journal Annals of Oncology reports that the woman has given birth to a healthy baby boy — the first child born via a new fertility procedure, involving removing immature eggs, maturing them in the lab, and then freezing them for later use. It is the first time that eggs matured in vitro have been unfrozen and implanted successfully.

As its name implies, chemotherapy involves the use of chemicals — drugs — to treat a disease, usually cancer. Though often effective, chemotherapy can cause a slew of side effects, some of which last long after a patient is cancer-free.

One of those potential side effects is infertility, which is why the French woman, who chose to remain anonymous, met with Michaël Grynberg, head of the Department of Reproductive Medicine and Fertility Preservation at the Antoine Béclère University Hospital, to discuss her fertility options before beginning chemotherapy.

This case is the first time that eggs matured in vitro have been unfrozen and implanted successfully.

At the time, an ultrasound revealed that her ovaries had  17 sacs containing immature eggs. Doctors could have administered hormones to speed up the development of the eggs, but the process would have taken too long and possibly worsened her cancer.

Alternatively, they could have removed and frozen some of her ovarian tissue, but she felt that the procedure would be too invasive. Additionally, there was a chance that reimplanting the tissue later would reintroduce cancerous cells into her body.

Instead, the woman opted to have the doctors remove seven immature eggs and use a technique called “in vitro maturation (IVM)” to develop them in the lab. They then froze the mature eggs, and she underwent chemotherapy.

Five years later, the woman found herself unable to conceive. Once again, the doctors could’ve administered hormones to stimulate her ovaries to produce eggs, but that might have caused her cancer to return, so she opted to try using her frozen eggs to get pregnant.

“We didn’t know whether or not the frozen eggs would survive.”


Michaël Grynberg, head of the Department of Reproductive Medicine and Fertility Preservation at the Antoine Béclère University Hospital

Six of the seven eggs survived the thawing process, and doctors managed to successfully fertilize five of those with sperm. They then implanted one of the fertilized embryos into the woman’s uterus, and nine months later, in July, she gave birth to her son, Jules.

“We didn’t know whether or not the frozen eggs would survive and keep their potential to produce a pregnancy and live birth,” Grynberg told The Guardian. “It was a good surprise for us.”

Jules might be the first baby born via this technique, but more could soon follow — according to Grynberg, two other women are currently pregnant after undergoing the procedure at his hospital. 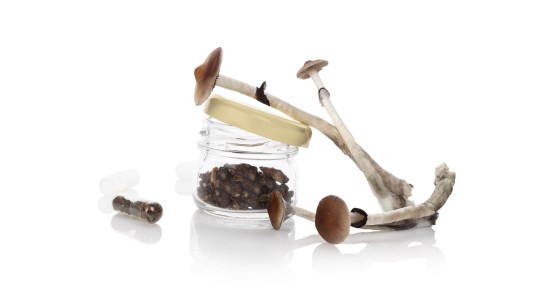 Psychedelic mushrooms, AKA magic mushrooms or psilocybin mushrooms, are currently being researched as a treatment for depression, addiction, and more.