With the legalization of medicinal and recreational cannabis continuing across the country (what’s up, New York?), other legislation needs to keep pace — and not only in regards to taxes and criminal records.

But the presence of THC in the blood is not necessarily a sign of cannabis intoxication. Detectable traces of the cannabinoid can linger in the body for days or weeks, long after any psychoactive effects have worn off.

But on the other hand, just because you may feel fine after a couple hours doesn’t necessarily mean you should be driving.

In an attempt to put a timeframe on how long you’re likely actually impaired, researchers at the University of Sydney analyzed multiple studies to come up with a “window of impairment,” i.e., the time when you’re actually higher than a Georgia pine.

Opening the window: “Legal cannabis use, both medical and non-medical, is increasingly common across the world,” Danielle McCartney, the study’s lead author, said in a release by the University of Sydney.

“THC is known to acutely impair driving and cognitive performance,” she said, “but many users are unsure how long this impairment lasts and when they can resume safety-sensitive tasks, such as driving, after cannabis consumption.”

In an attempt to tease out how long you may be too high to drive, McCartney’s team performed a meta-analysis, examining 80 studies on cannabis intoxication — specifically, THC — done over two decades.

The results, published in Neuroscience & Biobehavioral Reviews, found that THC impairment caused by moderate to high doses of the drug usually lasted from between 3 to 10 hours.

So, a cable installer’s window.

“Our analysis indicates that impairment may last up to 10 hours if high doses of THC are consumed orally,” McCartney said, with four hours being a more typical time frame for lower doses being smoked or vaped.

Performing simpler tasks on a more moderate doses of THC does, unsurprisingly, shrink the cannabis intoxication duration. When higher doses of THC are inhaled and more complex tasks — read: driving — are measured, the window of impairment is closer to six or seven hours.

Lots of folks are getting their THC orally now, however, via edibles and oils, sprays, capsules, tinctures, etc.

The researchers found that when THC is ingested, the cannabis intoxication window is “significantly longer.”

Defining “high”: For the purposes of the study, a moderate dose of THC was considered 10 milligrams. Of course, depending on where you fall on the “what’s keef?”-to-Wiz-Khalifa scale, what you consider a moderate dose may vary. (And honestly, does anyone know, to the milligram, the THC inhaled per hit of a pipe/j/blunt/bong/vape?)

The meta-analysis found that the regularity of your THC consumption — or burn rate, if you will — also impacted the findings.

Cannabis intoxication was “much more predictable” in occasional cannabis users than regular ones, study co-author Thomas Arkell said. “Heavy users show significant tolerance to the effects of cannabis on driving and cognitive function, while typically displaying some impairment.”

That doesn’t mean smoking every day gets you off the hook, however — since regular users may have a THC tolerance that requires larger doses, the impairment windows may even out again as users up their dose.

New laws, new approach: The researchers believe their results may have implications for drug driving laws. A zero-tolerance THC approach may be unnecessarily punitive.

“THC can be detected in the body weeks after cannabis consumption while it is clear that impairment lasts for a much shorter period of time,” the University of Sydney’s Iain McGregor said in the release. Laws should reflect this, McGregor said, and focus on the period when cannabis intoxication puts others in danger.

“Prosecution solely on the basis of the presence of THC in blood or saliva is manifestly unjust.”

Given how long THC lingers in the blood, anyone who consumes cannabis twice a month is effectively banned from ever driving under a zero threshold approach.

The ABC reports that Heilpern’s early retirement was driven, in part, by frustrations with how cannabis intoxication laws were structured, as medical mairjunana patients lost licenses and livelihoods.

“We had a situation where people were taking their medicine as prescribed, they weren’t driving in any adverse way and yet they were losing their licence, being fined and getting a criminal record,” Heilpern said.

“I started driving home from work, thinking, I just can’t do this.”

Having a better idea of exactly when the effects of cannabis intoxication wear off could be a step to fairer enforcement.

This is easier said than done, of course. The variables that influence the impairment window are the same that make writing an enforceable law so difficult. How do you know if you’re too high to drive? How could a cop or judge know? But research like this may be an early step to figuring it out. 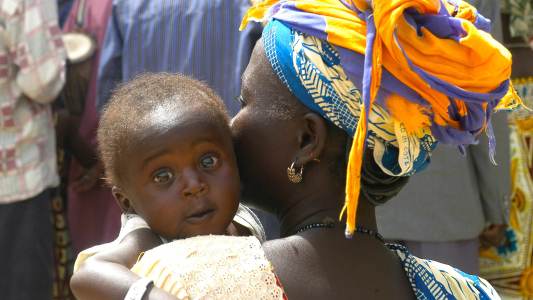 A malaria vaccine developed by Oxford University was 77% effective at protecting children during a phase 2 trial in Africa.