Oxford University’s new malaria vaccine was 77% effective at protecting children in a phase 2 trial in Africa, according to a draft report.

Malaria is treatable with access to the right drugs, but more than 400,000 people die from the disease every year — the majority of them are children under 5.

In 2013, the World Health Organization set a goal to develop a malaria vaccine with 75% efficacy by 2030 — and the Oxford malaria vaccine is the first to exceed that goal.

Oxford’s study: According to the preprint paper, the year-long trial took place in the African nation of Burkina Faso and involved 450 children between the ages of 5 months and 17 months.

The children were split into three groups and given a high dose of the Oxford malaria vaccine, a low dose, or a rabies vaccine as a control.

The results: Over 12 months of follow up, the vaccine demonstrated an efficacy of 77% in the high dose group and 71% in the low dose group. None of the children experienced any serious adverse events due to the vaccine.

“These new results support our high expectations for the potential of this vaccine, which we believe is the first to reach the WHO’s goal of a vaccine for malaria with at least 75% efficacy,” paper co-author Adrian Hill said in a press release.

The cold water: The study still needs to undergo peer review to confirm its findings. The Oxford malaria vaccine will then need to prove itself in larger phase 3 trials.

Additionally, while children under 5 account for more than half of all malaria deaths, the disease also affects older children and adults. The Oxford malaria vaccine still needs to be tested in those populations.

The manufacturer is prepared to produce more than 200 million doses of the vaccine every year.

Still to come: Recruitment has already begun for a phase 3 trial of the Oxford malaria vaccine. That trial will include 4,800 children between the ages of 5 months and 36 months from four African nations.

“We look forward to the upcoming phase 3 trial to demonstrate large-scale safety and efficacy data for a vaccine that is greatly needed in this region,” Halidou Tinto, the trial’s principal investigator, said in the press release.

If regulators do end up approving the Oxford malaria vaccine, its manufacturer, the Serum Institute of India, is prepared to produce more than 200 million doses every year — a potential game-changer in the fight against malaria in children. 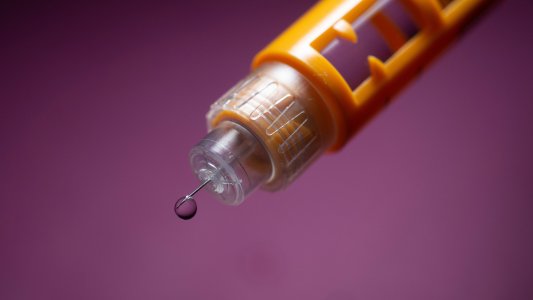 Medicine
Weekly insulin shots may be “game-changer” for diabetes
Subscribe to Freethink for more great stories
Subscription Center
Challenges
Video
Freethink
Subscribe
We focus on solutions: the smartest people, the biggest ideas, and the most ground breaking technology shaping our future.
Subscribe