A weekly insulin treatment was found to be as effective as daily insulin injections in two clinical trials, UT Southwestern Medical Center announced.

“A weekly insulin is a game-changer that will decrease the treatment burden for patients while also improving compliance,” Ildiko Lingvay, a professor of internal medicine at UT Southwestern and Novo Nordisk consultant, said in a university release.

Type 2 diabetes occurs when the body cannot regulate glucose (read: sugar) levels properly. The condition is caused by two intertwining issues: the pancreas not producing enough insulin — the hormone that calls the shots when it comes to sugar — and cells not paying proper attention to the insulin that is there, causing them to take in less glucose.

Insulin therapy looks to rectify these issues by introducing the hormone into the body. According to the American Diabetes Association, the most common way to do that is also the most direct: shoot it on in there, which most patients with Type 2 diabetes need to do daily.

There’s two problems with that daily routine. It can be expensive, costing upwards of $400/month — a not-insignificant burden, especially for those without insurance. (It’s enough of a challenge, in fact, to inspire a DIY insulin community, working through regulatory loopholes to drive prices down.)

The other issue is that, well, it just plain sucks injecting yourself with needles every day. It’s painful and annoying. Because of that, many patients are hesitant to start a syringe routine or fail to adhere to it properly. (Getting people to use their daily meds properly vexes doctors even without needles.)

In an earlier study of icodec, in the New England Journal of Medicine, researchers explained the rationale for seeking weekly insulin treatments: less injections needed might mean better compliance.

“We know that many people with type 2 diabetes prefer simplicity, meaning fewer injections and more convenience than what is currently provided with once- or twice-daily basal insulin treatment regimens,” Harpreet Bajaj, lead investigator of the NEJM study, told New Atlas.

Weekly insulin may be easier to administer to more patients, as well.

“Making insulin simpler for people facing physical or cognitive challenges who are cared for by another person is potentially a benefit of weekly insulin,” Robert Gabbay, CSO and CMO of the American Diabetes Association, told HealthDay.

“The chance for an error is less if medication is given once a week rather than seven times.”

Testing weekly insulin: Icodec is an insulin analog — basically, synthetic insulin — designed to remain in the body for about seven days. The bespoke hormone degrades in the body less quickly than others, New Atlas reports, and it can stick to albumin, a protein made by the liver. That ensures a slow-and-steady release of icodec.

In the first of the two new trials, published in Diabetes Care, 205 patients from the U.S and Europe were studied to test the safety and efficacy of the weekly diabetes treatment, as well as attempting to dial in the optimal dose.

These insulin-naive adults were split into four groups, and tested over a 23 week period. One of the groups served as the control, New Atlas reported, receiving their daily insulin treatment; the other three went on the icodec weekly insulin treatment, and were given different titration algorithms to find the optimal dose.

The weekly insulin worked well and was well-tolerated in all three groups, with no reports of hypoglycemia (i.e., low blood sugar).

The second study, also in Diabetes Care, included 154 patients who were already on insulin therapy. The researchers wanted to determine the best way to transition patients from daily to weekly insulin injections.

They found the switch to be well-tolerated, and that doubling up the first icodec dose kept patients in their proper blood sugar range longer while making the switch to weekly insulin.

What’s next: Larger trials of weekly insulin are next on the docket, as well as seeing if the treatment can work for patients with Type 1 diabetes.

“These two studies served as the stepping stones for a large phase 3 clinical trial program that is currently ongoing at UT Southwestern and other sites, which is designed to evaluate the efficacy of once-weekly insulin administration in patients with either Type 1 or Type 2 diabetes,” Lingvay said.

While not as dramatic as, say, insulin pills or oral insulin, a weekly insulin treatment could prove a dramatic shift in care when and if it reaches the market.

“The development of an effective and safe insulin that can be administered once a week is a huge advance in the field.” 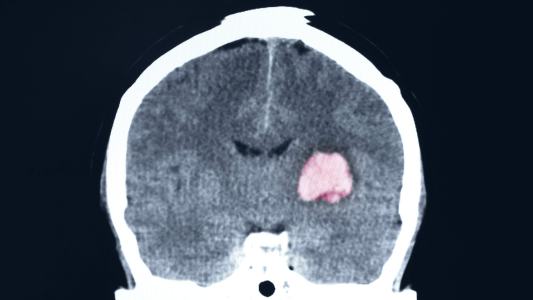