Some extra equipment is wheeled into the operating room, looking like something a roadie rolled in from the ACL festival. The roadies here are researchers Ken Kishida and Jason White, waiting to perform unprecedented work in the bleeding-edge field of computational psychiatry.

The patient, suffering from Parkinson’s disease, has come to the Baylor College of Medicine to have deep brain stimulation — tiny electrodes placed inside their brain that help alleviate their symptoms.

In the OR, the patient’s head is firmly gripped by a steel halo, like a Christmas tree holder.

A doctor anesthetizes the patient’s scalp (ironically, the most painful part) with a local anesthetic, and when the scalp is sufficiently numbed (the patient has to be awake during the procedure, to guard against brain damage), the skin is cut away to reveal a portion of skull.

The surgical team bores a nickel-sized hole through the skull, then slices through the membrane beneath, exposing the brain. Here, a mechanical device will insert a metal tube, carrying the tiny electrode into place.

This is the moment that Kishida and White have been waiting for. This is where things get… well, interesting.

They move quickly, adjusting a computer monitor so that the patient can play a game, while the surgical team inserts a special probe into the skull. The probe generates a controlled current, measuring the reactions of the brain chemistry and feeding the data back to their computer.

After analysis, that data will reveal — for the first time — measurements of dopamine in an awake, conscious human brain.

It is 2009, and neuroscience and psychiatry may have changed forever.

One of those three schools gave Montague a pamphlet. On the front cartoon kids are thinking about complex problems: “Who am I? Where do I come from?” Finally!, he thinks to himself, he is going to get the chance to learn about these existential issues, the ones he has been wrestling with.

He did not find the answers in a Georgia middle school.

He has been birddogging them ever since — which is how Kishida and White, Montague’s research team, ended up in that surgical room in Houston. They have been in almost 100 since, collecting, nearly on the timescale of neural impulses, observations of the brain chemistry that has eluded neuroscience for so long.

There are aspects of the brain we understand fairly well — the regional boundaries and functions, for example, or the structure of neurons, which carry electrical impulses like power lines. We know that there are synapses between the neurons, gaps which the electricity cannot cross.

The impulses instead trigger certain brain chemicals, called neurotransmitters, to carry out the actions across the gap. We understand their jumping across the gaps, and how they are used and discarded in the brain. But we know very little about what information is being represented or processed; what are the neurotransmitters actually doing?

Synapses are small; their mysteries are intimidatingly vast. That gap between the brain cells is the gaping hole in our knowledge.

Montague looks the type to lead you into the unknown: the rakish charm of a pulp fiction hero, the anthracite sweep of hair, and, leaning precipitously back in his chair, the confidence of a late-braking racer.

His Human Neuroimaging Laboratory (HNL), ensconced by the Blue Ridge Mountains in southwestern Virginia, where little Ford Fiestas accelerate up inclines flustered as a first date. It feels like there is no world beyond the mountains, pheasant colored in the late fall. And beneath a bright star is Roanoke, home to the Fralin Biomedical Research Institute at Virginia Tech-Carilion, where Montague is a research professor.

The lab is a world leader in a field called computational psychiatry, which applies computer science principles to psychiatry.

To hew it to the bone, computational psychiatry attempts to apply objective data to subjective feeling. Scientists at HNL are using machine learning and brain imaging to create diagnostic models of disorders, intervention guidelines, and training tools for addiction.

Montague’s team is measuring how neurotransmitters change — increasing, decreasing, or standing pat — in real-time, while the brain is performing a task.

There are aspects of the brain we understand fairly well — the regional boundaries and functions. But we know very little about what information is being represented or processed; what are the neurotransmitters actually doing?

They measure this with the awesomely named “fast scan cyclic voltammetry”. Brain chemicals have a peak reaction point when exposed to a given voltage. As electricity comes off the probe, the chemical measurements create distinctive peaks — like spikes on a line graph — when they hit those reaction points.

The problem is that the signatures of different chemicals can be extremely similar, basically identical to the human eye. Identifying them the traditional way — by human analysis — becomes subjective.

Which is where machine learning comes in. By training a machine learning algorithm with verified data — called the “ground truth” — the team can accurately identify the electrochemical signatures. The algorithm can also be trained to find a different neurotransmitter in the same data set.

Fortunately, the team does not have to perform another surgery to search the data for new neurotransmitters, says Jason White, senior research associate at HNL. The data already collected can be scanned by the algorithm for something new.

A 2019 paper showing the first measurements of serotonin ever taken did not require more surgeries. The team trained the algorithm to search through the data already gathered from 2012 to 2016 at heir new surgical partner, Wake Forest Baptist.

“By taking this machine learning approach to data, we are able to do things that were thought to be impossible,” Ken Kishida says. Now a few hours down the winding Virginia/North Carolina border at Wake Forest, he is still collaborating with Montague.

The Basic Science of Brain Chemistry

What that machine learning is telling us is foundational. Dopamine, serotonin, norepinephrine — we know that brain chemistry has a massive impact on our daily lives. Medicines designed to alter them cause dramatic differences in our thoughts, feelings, and bodies, as anyone who has taken Prozac can attest.

“But the only thing we’ve had to understand them (neurotransmitters) are behavioral endpoints,” Montague says. If this were biology, we’d be at the point of studying the colors and shapes of beetles, but not their DNA. Our knowledge of brain chemistry is similarly broad and crude.

Leaping right into measuring the brain chemistry of humans has made some scientists uncomfortable, Montague and Kishida say. Why wouldn’t you perform these measurements in a rodent first? Montague has a simple rebuttal — why would you?

“We’ve received objections that say, ‘Oh no, you shouldn’t study a human with a brain disease,'” Kishida says, since they are different than a neurotypical brain; a healthy rodent or non-human primate would be better. “To me, on the face of it, that’s preposterous.”

First, invasive procedures like deep brain stimulation are not performed on perfectly healthy brains — what a brave volunteer that would be! — and second, a human brain with a disorder is still human, while a monkey or rat brain is… not. (And humans, Montague and Kishida note, can consent.)

Jason White considers the information important precisely because it comes from human patients. “These are precious data sets,” White says. “These are donated by some of the best people who have ever gone under the knife.” He, Montague, Kishida, and the entire lab understand the sacrifice, spending extra time with your brain literally exposed to the world, that these patients are making to further brain science.

To Montague and Kishida, this is the most basic of science for understanding the brain. How our brain chemistry works is essentially how we work. Understanding what neurotransmitters are active in what concentrations, and how they are interacting with each other, could unlock the biology behind mental health disorders and neurological diseases.

“We’ll be able to decode how you feel, just looking at the modulators, before you even tell us.”

“If you know what cells communicate with other cells, with particular chemical properties, you can theoretically understand disease and design treatments that have higher specificity,” says Helen Mayberg, a professor of neuroscience and psychiatry at the Icahn School of Medicine at Mount Sinai.

It could lead to new, more targeted drugs. In many cases, psychiatric medicines were found serendipitously, says Mayberg. Medicine is developed for something else, is found to be beneficial for a psychiatric disorder, and is reverse-engineered to find out how it works. Already Montague’s team has data collected from patients on SSRIs to contrast with those not on them.

Montague pictures a near future where measurements can be taken of a variety of neurotransmitters, across multiple places in the brain, while thinking about different tasks. Scientists will then be able to tell what is happening inside your mind while doing different tasks, such as actions that change your mood.

“We’ll be able to decode how you feel, just looking at the modulators,” Montague says, “before you even tell us.”

Imagine what a multi-disciplinary team — say, a physicist, a psychologist, a psychiatrist, and a philosopher — thinking through and interpreting the data.

“We’ll be able to predict how you might feel if we did this thing versus that thing,” Montague says.

Training the algorithm to tease out the signal for norepinephrine — the last of what Montague calls “the big three” brain chemicals — from their current data is next on the docket. They are also adjusting their measuring technique, so that the same probes already used for deep brain stimulation could do double duty and take the measurements as well. Making it easier for surgical teams to take the measurements is crucially important: reams of data are needed to build an accurate picture.

Kishida first got into neuroscience because he saw a friend struggling with mental health problems. He wanted to know more about consciousness and free will, but found philosophy wanting. In neuroscience, he hopes to unravel the phenomena that cause so much suffering.

“I’m really interested in how these chemical systems contribute to our conscious, subjective experience,” Kishida says.

The research could even provide answers to the deep questions on Montague’s middle school pamphlet.

His end goal is something supremely ambitious, the ultimate dream of computational psychiatry. He wants to publish a paper as fundamentally earth-shaking as the shape of DNA.

“I would love to be able to record — to understand what it means to decompose somebody’s thoughts,” he says.

“Here’s what a thought is.” 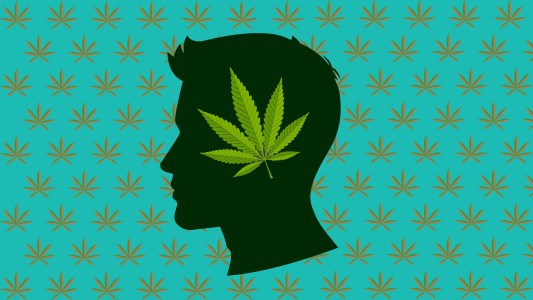 Research is beginning to prove the hopeful connection between marijuana and autism treatment for symptom relief. Here is one man’s inspiring story.

Drugs
Marijuana and autism: Removing the stigma
By Kurt Hackbarth
Subscribe to Freethink for more great stories
Subscription Center
Sections
Video
Freethink
Subscribe
We focus on solutions: the smartest people, the biggest ideas, and the most ground breaking technology shaping our future.
Subscribe