When you get stressed, your body produces a hormone called cortisol, which triggers the “fight or flight” response that has helped humans respond to threatening situations since our caveman days.

Usually, cortisol levels return to normal once the scary situation is resolved, but some people have chronically high (or low) levels of the stress hormone in their bloodstream.

Abnormal levels have been linked to depression, adrenal gland disorders, and other health problems — but currently, it’s hard for doctors to actually measure them.

Some tests measure cortisol levels in blood, saliva, or urine samples, but those only provide a glimpse at current levels, which can radically fluctuate based on everything from what a person recently ate to their exercise routine. Hair tests are better, but they’re tricky and expensive to analyze.

Now, researchers at University College London have identified earwax as a promising target for cortisol testing — and developed a device that allows patients to extract their own samples at home.

The earwax-sampling device is called Trears, and it looks like a tiny wand with a spongy cylinder at the end.

To use it, a person inserts the spongy part into their ear like they would a cotton swab. A stopper prevents the device from entering too far, potentially causing damage, and a solution on the sponge aids in the collection of earwax.

After swabbing, a person would send the sponge into their doctor to have the cortisol levels in their earwax measured.

Because earwax is resistant to bacterial contamination, the sample is unlikely to be compromised en route, according to the researchers.

The researchers conducted a study with 37 people to see if the device could effectively sample cortisol levels.

The researchers also collected hair samples from all of the participants, as well as blood samples.

It’s easy to take a sample and get it tested quickly, cheaply, and effectively.

After comparing all of the sources, they determined that the cortisol levels in the earwax appeared to be more stable. It also took less time and money to analyze the earwax samples than the hair.

As for getting at that earwax, participants in a previous study had reported that the Trears method was more comfortable than the traditional one.

“(W)ith our new device, it’s easy to take a sample and get it tested quickly, cheaply, and effectively,” lead researcher Andres Herane-Vives said in a news release.

He and his colleagues acknowledge the need for larger trials to test Trears’ ability to help with cortisol testing, but they’re already considering other uses for it, including glucose monitoring for people with diabetes.

The researchers are even looking into whether it’s possible to use earwax to measure COVID-19 antibodies — and if so, people wouldn’t even need to leave their homes to submit samples for testing. 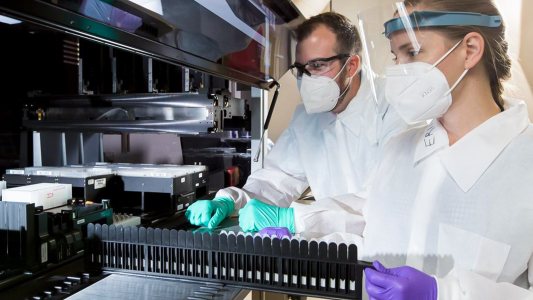 For the first time, a blood test for Alzheimer’s disease has received approval to be used in doctors’ offices in the U.S.