A common childhood vaccination may be the key to a COVID vaccine for young children, researchers at Indiana University say.

By reverse-engineering the rotavirus genome — a common virus that causes diarrhea in children — a team at IU, led by biology professor John Patton and graduate student Asha Philip, were able to create rotaviruses with a special addition — SARS-CoV-2’s infamous spike protein.

With the spike protein on its surface, the recombinant rotaviruses could then become the base for a combination rotavirus/COVID vaccine.

“Our findings raise the possibility of constructing rotavirus vaccine strains that are capable of protecting against not only rotavirus but also COVID-19,” Philip said in a release.

Rotavirus is an RNA virus in the shape of a spiky ball (sound familiar? it’s a popular layout for viruses) that causes diarrhea, nausea, vomiting, and fever in children.

You parents out there are likely familiar with it: rotavirus infects nearly 95% of children by the age of 5, according to The Pediatric Infectious Disease Journal.

A common foe deserves a strong defense, and we’ve got one. Rotavirus vaccinations are administered orally in multiple rounds before kids are 6 months old, and the CDC pegs their efficacy at 90% for preventing severe infections. (At least in the developed world — as is frustratingly common with vaccines, those efficacy numbers take a dip in the developing world.)

Most rotavirus vaccines use a living virus that has been rendered harmless to prime the immune system.

Patton saw the potential for those drops to help create a COVID vaccine for young children since last spring, shortly after America shut down and the pandemic began in earnest.

“As a virologist I’m always thinking about other viruses, whether it’s flu or MERS or SARS,” Patton said in a release this past April. “I’m always processing how I might go about investigating newly emerging viruses and uncovering methods for controlling their diseases.”

Patton’s spent most of his career focusing on rotavirus.

Rotavirus is uniquely flexible in what we can do to its genome, Patton observed in April 2020. Taking advantage of this flexibility, the researchers could reverse-engineer the virus and put in some code from SARS-CoV-2 so that it also produces the signature spike protein.

In preliminary findings, newly published as a preprint, the researchers say they’ve managed to create just such a virus.

According to their paper — which, as a preprint, is awaiting peer review — the team was able to successfully engineer rotaviruses that expressed the spike protein, including the all-important receptor-binding domain. This is the part of the spike protein that allows it to glom onto the human cell, initiating its break-in, and it is a common target of antibodies for COVID-19, the team wrote.

By using their spike protein rotavirus in lieu of the typical rotavirus used in the vaccine, it may be possible to create a rotavirus and COVID vaccine for young children, immunizing them against both viruses in one go.

As a further advantage, there is already a tried, tested, and true system for delivering these vaccines around the world, one which could be piggybacked on to deliver a combined rotavirus and COVID vaccine for young children. 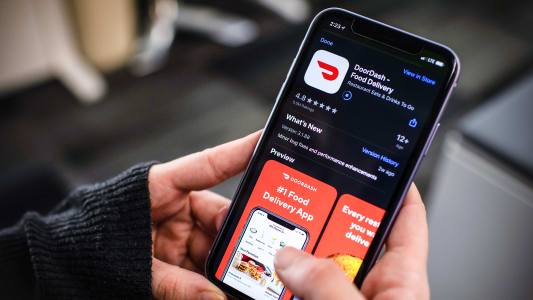