A cutting-edge gene therapy can significantly reduce autism symptoms—at least in mice. Using the gene-editing technique CRISPR, scientists turned off a gene that causes repetitive, compulsive habits associated with autism, reducing obsessive behaviors in the mice by 30-70%. If it works in humans, the technique could be a breakthrough for treating other neurological disorders, including Huntington’s disease, schizophrenia, and epilepsy.

Fragile X: Autism spectrum disorder (ASD) generally has a multitude of complex causes, but one type of ASD has a single genetic cause, known as Fragile X syndrome, triggered by a mutation on the X chromosome. The gene is responsible for building the synapses between brain cells, and when it’s broken, it can cause intellectual disability, hyperactivity, ADD, and autism. Fragile X is rare, affecting about 1 in 4,000 boys and 1 in 6,000 girls, and it has no cure.

CRISPR: Gold Status: CRISPR is the most promising gene-editing technique ever developed, thanks to its ability to make extremely precise edits to DNA. Someday, it might even cure embryos with genetic disorders, like Fragile X, in vitro. But its usefulness as a therapy in fully grown patients has been limited, in part because of how CRISPR is typically delivered using a specially engineered virus. Viruses are inefficient (and the body will destroy them if it can), but even when they manage to inject CRISPR into a cell, they can’t control how much of the gene-cutting protein gets dumped in with it. That can lead to uneven results and even random cutting of DNA, long after the desired edit was made.

To deal with this, scientists invented a new delivery mechanism, called CRISPR-Gold, built around gold nanoparticles. A tiny particle of gold is covered in CRISPR proteins and DNA, then wrapped up in a polymer case to make sure everything holds together until it reaches the right cells. This allows scientists to precisely control the amount of CRISPR protein that gets delivered to a cell, and, unlike a virus, it won’t activate antibodies that make the immune system resist the treatment.

The Experiment: Fragile X triggers hyperactivity in the part of the brain responsible for habit formation, causing the compulsive, repetitive behaviors commonly seen in autism. In mice with the disease, these behaviors include repeatedly leaping in the air and obsessively digging and burying things.

To “cool off” this over-stimulated part of the brain, researchers injected the region with a CRISPR-Gold package designed to turn off a particular neurotransmitter gene that is disrupted by Fragile X.

The results were impressive: CRISPR-Gold successfully edited 50% of the targeted cells, cutting the amount of neurotransmitter in half. Even more exciting, this resulted in real behavioral changes in the mice: jumping was reduced by 70%, while obsessive digging was reduced 30% (as measured by the number of marbles they buried).

The Upshot: This is a complex story, but the experiment proved a number of very important things. First, CRISPR-Gold works: the technique can efficiently edit DNA in a large number of brain cells. Second, it showed that this neurotransmitter gene is definitely involved in repetitive autistic behaviors (something that hadn’t been proved before). Most significantly, this is the first time that editing a gene for autism has resulted in real-world improvements in the condition.

It also shows that CRISPR can treat congenital neurological disorders, even after the brain has fully developed. This technique might lead to treatments for other diseases caused by a single mutation, like Huntington’s, and eventually even those caused by a complex network of genes, like schizophrenia, epilepsy, and other causes of autism. 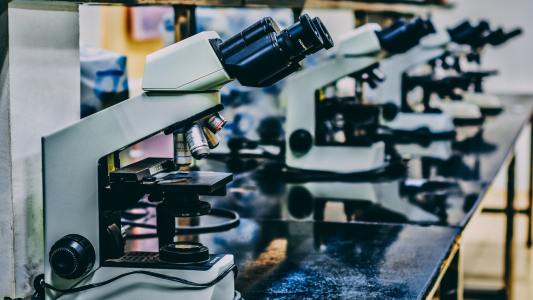 CRISPR
Does CRISPR cause cancer?
By Daniel Bier
Subscribe to Freethink for more great stories
Subscription Center
Sections
Video
Freethink
Subscribe
We focus on solutions: the smartest people, the biggest ideas, and the most ground breaking technology shaping our future.
Subscribe