The vaccine performed well in a long-term safety and efficacy study, protecting against dengue fever infections and hospitalizations, up to three years later.

“Results from the long-term analysis of Takeda’s dengue vaccine candidate suggest that it could help with outbreak prevention, reduce rates of hospitalization and protect people from dengue regardless of their previous exposure,” LakKumar Fernando, a doctor in Negombo General Hospital’s Center for Clinical Management of Dengue and Dengue Haemorrhagic Fever and primary investigator for the study, said in Takeda’s press release.

Breakbone fever: Dengue fever is caused by the aptly named dengue virus (DENV), which is spread by the needle-y bite of infected mosquitoes — mostly Aedes aegypti, specifically, if you want to really know your bloodsuckers.

Once it gets inside, DENV causes infections that can be mild or severe. In mild cases, the virus causes fever, nausea/vomiting, rash, and aches and pains, including behind the eyes and in bones and joints — from which it earned its nickname, “breakbone fever.”

Severe dengue can cause shock, internal bleeding, and death.

The disease is widespread; per the CDC, 40% of the world’s population live in areas where dengue is endemic, including through the Americas, Africa, the Middle East, Asia, and Pacific islands.

Roughly 390 million cases of dengue fever occur each year, the WHO estimates. Of that number, over 90 million are severe dengue; the CDC estimates about 20,000 deaths per year.

Disturbingly, even while malaria has been fought back, dengue has spread, with cases increasing eight fold over the past 20 years, according to the WHO, spilling over into new regions, putting ever more people at risk.

“Not only is the number of cases increasing as the disease spreads to new areas including Europe, but explosive outbreaks are occurring,” the WHO’s fact sheet states.

“The threat of a possible outbreak of dengue now exists in Europe; local transmission was reported for the first time in France and Croatia in 2010 and imported cases were detected in 3 other European countries.”

In short: we need a dengue fever vaccine.

It turns out that DENV has a nasty ability. Like the world’s worst Baskin-Robbins, DENV comes in four flavors, called serotypes. (The first three are dengue 1, dengue 2, and dengue 3. Guess the fourth!)

And here’s the thing: if you get infected with dengue 1, you don’t gain some protection against the other 3 serotypes. In fact, quite the opposite — you’re more likely to have a severe case if you later caught, say, dengue 4.

To cut it to the quick, your dengue 1 antibodies don’t always stick right to the other dengue serotypes. Instead, the antibodies basically give the virus a nice disguise, a trick known as “antibody-dependent enhancement.”

And a dengue fever vaccine is looking to create antibodies.

Researchers have been looking aways to get around the serotype’s revenge, for example a new dengue discovery that takes aim at a protein the virus makes, instead of the virus itself, to make it less severe.

But it’s dengue’s ability to cause antibody-dependent enhancement that’s made developing a strong dengue fever vaccine so difficult.

The one already on the market, by French drugmaker Sanofi, was seriously curtailed after they concluded that the vaccine could make infections worse in people who had not previously been infected by the virus. Currently, the vaccine is only recommended for people who have already had dengue and are at risk of an antibody-enhanced second infection.

The trial: Takeda’s new dengue fever vaccine uses a weakened version of dengue 2 as the genetic “backbone” for a vaccine against all 4 serotypes.

The phase 3 trial enrolled over 20,000 subjects from ages 4 to 16 living in Latin America and Asia. They were split into two groups, one receiving the vaccine and the other a placebo.

The latest results, which the company expects to publish in a peer-reviewed journal this year, are from a long-term study of the vaccine’s safety and efficacy.

The study found that three years after being immunized, the dengue fever vaccine prevented 62% of dengue cases overall, and prevented 84% of hospitalizations, with no major safety risks identified.

Efficacy varied somewhat across serotypes, but crucially, the vaccine worked regardless of people’s previous dengue exposure, and “No evidence of disease enhancement was observed.”

The 3-year efficacy figure of 62% continues a downward trend over time. As FiercePharma reported in 2019, the vaccine’s initial efficacy fell from 80% against all strains to 73% after 18 months. Based on this trend, it’s possible that Takeda’s dengue vaccine will need boosters over time, although that hasn’t yet been tried.

But, as with COVID-19 vaccines, it’s preventing severe cases — and the ensuing hospitalizations and deaths — that can really make the public health difference. 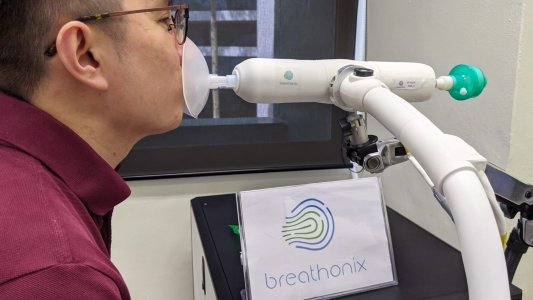 Singapore has provisionally authorized a COVID-19 breath test that measures VOCs to deliver accurate results in just one minute.