Most of the time, your brain is separated from your skull by a layer of liquid — but a hard hit to the head can cause it to slam into the bone.

This can cause a concussion, a type of brain injury that, if severe enough, can lead to chronic headaches, memory problems, or mental health issues.

Now, a new study out of the U.K. could make it easier to diagnose concussions, ensuring they don’t go undetected — using spit.

How to Diagnose Concussions

Anyone can get a concussion, but they’re common among athletes — every year, an estimated 3.8 million sports-related concussions occur in the U.S. alone.

There isn’t an objective concussion test — doctors diagnose concussions by observing a person after their injury, looking for visible symptoms that they’re concussed.

If the doctor determines that the person is concussed, they’ll be instructed to rest for several days. If not, they’ll be cleared to resume normal activities.

It’s important to get this diagnosis right.

If a person experiencing the symptoms of a concussion gets hit in the head again, they can suffer brain damage or even die.

However, athletes might not want to hear that they can’t go back into a game, so they may try to hide their symptoms. That makes it even more difficult for doctors to accurately diagnose concussions — but there may soon be a better alternative.

The Path to a Concussion Test

In 2017, a University of Birmingham-led team discovered that the concentrations of certain molecules in saliva increased or decreased quickly after a person got a concussion.

Now, they’ve published the details of a three-year-long study in which they used those molecule concentrations to diagnose concussions in more than 150 elite rugby players.

For the study, they collected saliva samples from the players before their seasons started. They then collected samples again when any of the players were being assessed for concussions or other injuries.

Based on those samples, the researchers could identify which players were diagnosed with concussions and which weren’t with 94% accuracy.

“What’s exciting about this is we not only found a very accurate way of identifying brain trauma, but also we found it in saliva, which is not invasive,” researcher Antonio Belli told the Washington Post.

“Everybody, including myself, has been looking at blood (tests) for many years,” he continued. “We’ve never really seen anything so exciting for mild traumatic brain injury.”

Saliva isn’t yet workable as a sideline concussion test — the analysis takes about a day and requires lab equipment — but the researchers are already looking for ways to speed up the process.

“The next stage will be to make it faster and portable and instantly available to the doctor on the bench, but we are not there yet,” Belli told the Times.

The study also didn’t take into account young people or women, who might respond differently to concussions, so research involving those demographics is needed.

Still, this new way of diagnosing concussions could be immediately useful in sports.

We could finally get to the bottom of how many concussions are being missed.

Chris Nowinski, co-founder of a nonprofit that funds and supports concussion research, said he could imagine teams taking saliva samples from all of their athletes after a game to find out how many actually sustained concussions while playing.

“We know a significant share of concussions are not diagnosed during the game, and players may or may not report them after the game,” Nowinski, who wasn’t involved in the study, told the Washington Post.

“We could finally get to the bottom of how many concussions are being missed.” 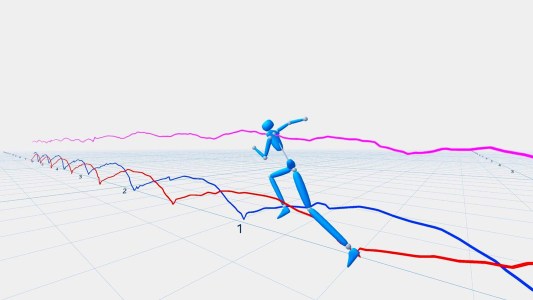