Of the 3,000 or so college football players who qualify for the NFL draft, less than 2% will actually be selected by a team — the field is that competitive.

In an attempt to secure their place among the chosen ones, some NFL hopefuls are spending the last few weeks before the draft at a private facility operated by athlete training company EXOS.

There, coaches analyze the players’ every move to identify ways to improve their performance — and they have an AI-powered athlete tracking platform helping guide their feedback.

“Instead of relying solely on human vision, we’re now using computer vision,” Craig Friedman, EXOS’ senior VP of innovation, told the Washington Post. “This concept of taking things that were previously invisible and making them visible to the coach is super powerful.”

The difference between those systems and this new one — Intel’s 3D Athlete Tracking (3DAT) — is that it doesn’t require athletes to wear any sensors, which have the potential to affect their performance.

Using iPhone cameras, trainers at EXOS simply film athletes as they run drills. That footage is then sent to the cloud, where Intel’s AI software analyzes it, tracking 22 points on the athlete’s body to produce a digital skeleton of them in motion.

The system then generates a report with charts that detail the athlete’s performance. EXOS coaches can then refer to the report when developing their training plan.

“We’re able to take that information, synthesize it, and turn it into something tangible for our coaches and athletes,” Monica Laudermilk, VP of research at EXOS, said in a press release.

“It’s a gamechanger when the tiniest of adjustments can lead to real, impactful results for our athletes.”

3DAT Goes for the Gold

Today, 3DAT is helping elite athletes improve their ability to play sports — but tomorrow, it might help the rest of us enjoy watching them.

Intel originally developed the athlete tracking system for use by TV commentators covering the 2020 Olympics. The plan was to record athletes during events, run the footage through the AI, and then share the results with people watching the games.

That application got put on the backburner when the Olympics were postponed due to the pandemic, and Intel pivoted to athletic training.

The games have since been rescheduled, though, so perhaps the 3DAT integration will be, too, giving data-hungry viewers previously inaccessible insights into the performance of the world’s greatest athletes. 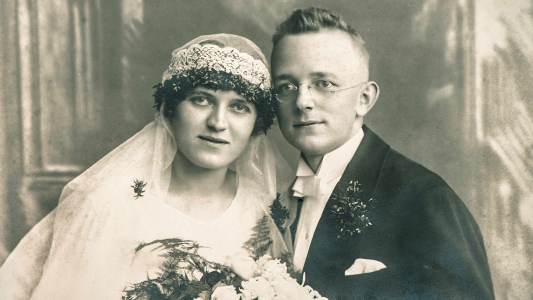 AI
How to deepfake your grandparents' old photos
By Kristin Houser
Subscribe to Freethink for more great stories
Subscription Center
Sections
Video
Freethink
Subscribe
We focus on solutions: the smartest people, the biggest ideas, and the most ground breaking technology shaping our future.
Subscribe