Brian Harris uses technology to help people with brain injuries walk again — but not in the way you might imagine.

Harris isn’t creating robotic limbs or next-level exoskeletons. Instead, he turns to something more elemental: the rhythmic pulse we can’t help but feel when we crank up the tunes. Really, it is difficult not to move to the beat of a song.

Now, Harris is making good use of that urge to groove with MedRhythms, an experimental digital therapy that combines sensors and music to help people with Parkinson’s disease walk.

When Harris was a clinician at Spaulding Rehabilitation Hospital in Boston, he worked with countless patients who had suffered from stroke or brain injuries who were struggling to walk again.

“There’s no other stimulus on Earth that engages our brain as globally as music does.”

Harris, a certified music therapist, specializes in something called “neurologic music therapy” (NMT), a growing subfield of therapeutics that uses music and feedback to help train the brain during physical therapy. Following rehab with NMT, Harris says many of his patients’ walking abilities improved.

Time and again,  he would see people who first struggled to take a step transform into someone who could get up and walk around the room. When their treatment came to an end, it wasn’t uncommon for patients and their families to ask Harris how they could continue that type of care outside of the hospital. But Harris didn’t have an answer.

“There was nothing they can do, which was an awful conversation for me to have with patients and their family members on a regular basis,” he says. Since there was no solution for Harris’ patients, he decided to create one. In 2016, based in Maine, he founded MedRhythms, alongside entrepreneur Owen McCarthy.

“Based upon the results that we were seeing in the hospital, and the demand that we were seeing, we started MedRhythms to figure out how to bring this important care to everybody around the world that we believe needs it, and deserves to have access to it. And the way to scale this is through technology,” Harris said.

MedRhythms gives patients a personalized music DJ that creates a playlist to match their needs as they work through each at-home physical therapy session. Their system uses biomechanical sensors to collect data about a person’s gait and walking patterns while they are moving, then supplies the beats to match.

Instead of simply creating playlists, the MedRhythms algorithm mixes the music in real-time, based on the data coming in from the sensors. The algorithm is meant to curate the optimal music the user needs at the moment. The music has to meet certain parameters, such as rhythmic structure, time signature, and beat salience to drive changes in health and mobility.

By mixing music in real-time, users get a customized intervention, moment-by-moment. With all that, they still try to use music that suits the patient’s taste.

“I’m a big fan of maximizing on what technology can do,” said Jess Rushing, a music therapist from Colorado State University, who is not affiliated with MedRhythms. “It’s really exciting that that team has been able to translate some of what our evidence tells us is effective into a usable product — a prescription of a music application.”

The Science of a Rehab Remix

Music as therapy may sound New Age, but there are scientific underpinnings.

The feeling that compels people to move rhythmically when we hear music is called “auditory-motor entrainment,” a foundational principle of NMT. In essence, musical cues can nudge you to take on a certain cadence. Our subconscious connects our auditory system to our motor system, and when music is playing, the two systems begin to fire in sync, and we can’t help but walk to the song’s beat.

Over the last three decades, auditory-motor entrainment has been the foundation of a standardized intervention called rhythmic altruistic stimulation (RAS). A growing body of research shows that RAS treatment can improve walking — including gait, speed, stride length, and symmetry — and reduce falls.

A team at Stony Brook University found in 2019 that listening to music, combined with feedback based on their gait, helped people with Parkinson’s disease walk better. When patients listened to distorted popular music as they walked, which would only play correctly when their walking improved, the team saw improvements in their gaits, which persisted even after the treatment ended.

Music is also used to treat many cognitive injuries. Just listening to music engages the parts of the brain that are responsible for movement, language, tension, memory, and emotion, Harris says.

“There’s no other stimulus on Earth that engages our brain as globally as music does,” he says.

Former Arizona Congresswoman Gabrielle Giffords, who was shot in the head in 2011, benefited from music therapy during her rehab. The bullet impacted the left side of her brain, which controls language and speech ability, leaving her struggling to say the words swimming in her head. She suffered from aphasia, the loss of ability to express speech, and turned to music to rewire her brain.

“Music is processed all over the brain,” Rushing agrees, explaining that engaging with music aids in the process of neuroplasticity — the brain’s ability to adapt by forming new neural connections.

“Music is definitely unique in how it does that. For example, we know that melody is highly lateralized to the right side of the brain, and lyrics are going to be more left side-oriented. If someone’s had some left side [brain] damage that makes it challenging to expressively verbalize words — melody can access that ability to express words.”

The studies are ongoing, and they haven’t published their results yet.

MedRhythms’ digital therapeutics aren’t commercially available yet, but the company has made significant strides. They were granted breakthrough designation by the FDA in 2020, which will help them expedite the development and review of the therapy.

They also just secured $25 million in funding, and even landed a partnership with Universal Music Group, the world’s largest music label. If the clinical trials prove out, we can expect it won’t be long before MedRhythms becomes the world’s first “prescription music.”

“When we think about how [music] globally activates our brain, and engages in neuroplasticity,” says Harris, “that’s what makes it so important in health care.”

Animals
Crows are self-aware just like us, says new study
Crows and the rest of the corvid family keep turning out to be smarter and smarter. A corvid’s pallium has more neurons than a great ape’s.
Up Next 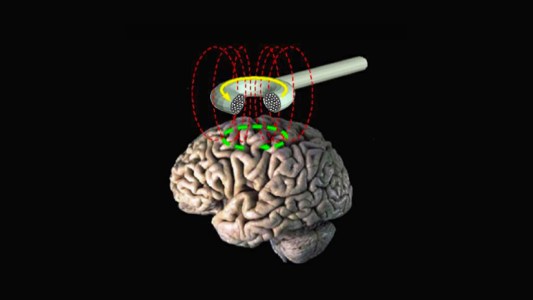