Nearly 80 different genes have been linked to depression, thanks in part to a new study by researchers in the UK. The scientists analyzed the DNA and medical history of over 300,000 people in the UK Biobank to find connections between genes and severe depression, ultimately identifying 14 new genes that could contribute to the condition. The research will help doctors understand what causes different kinds of depression and, hopefully, lead to better treatments.

Common, Dangerous, and Hereditary: In the US, 16 million people (about 1 in 14 adults) suffer a major depressive episode each year. Major depression is linked to many other social and psychological problems, and, like most other features of our personality, it also has a big genetic component. Studies of identical twins raised separately show that depression is 37% heritable—meaning that if someone has major depression, her identical twin would have a 1 in 3 chance of sharing it.

The Study: Using DNA and medical histories from 300,000 people, the researchers tested over 7 million genetic variations for links to depression. They found least 16 genes, including 14 that had not been previously identified, bringing the total to around 80. The scientists then double checked their results using a completely different database (DNA shared anonymously by users of 23andMe), which confirmed almost all of their results.

How This Makes a Difference: Depression is a serious condition, and we know that DNA plays a big role in how and why it develops in some people. But now that we know what those genes are and, more importantly, what they are doing, this tells researchers where in the body to target medicines or other treatments. Ultimately, it’s possible that gene editing could allow us to reduce genetic predispositions for all sorts of conditions, including mental illness and depression, by targeting those genes directly. That’s a prospect that should put a smile on all our faces. 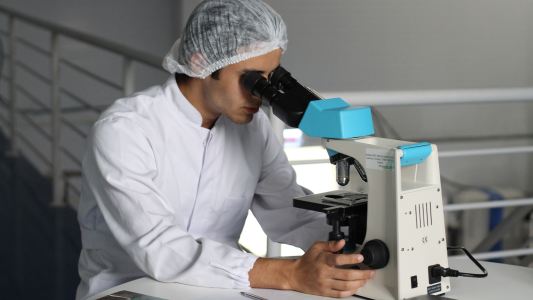 23andMe has won the right to tell you what your genes say about you. It’s a landmark legal achievement that could…

Genetics
23andMe can (finally) tell you about your genetic cancer risk
By Daniel Bier
Subscribe to Freethink for more great stories
Subscription Center
Sections
Video
Freethink
Subscribe
We focus on solutions: the smartest people, the biggest ideas, and the most ground breaking technology shaping our future.
Subscribe