The technique, published in Advanced Materials, involves making the drug in question into a liquid mixture and then crystalizing it.

“This is very important because if we can achieve high drug loading, it means that we can make smaller dosages that still achieve the same therapeutic effect,” study lead author and MIT grad student Liang-Hsun Chen told MIT News.

Smaller pills would be easier for patients — including the elderly and children — to swallow, and the easier a drug is to take, the more likely people are to take it correctly (a hangup that foils many a pharmaceutical intervention).

How to make drugs: According to MIT, over half of the medications on the market use active pharmaceutical ingredients (APIs) that are hydrophobic — they dislike H2O very much, and are not water-soluble.

This poses a major challenge for drug formulation.

“As a result of their insolubility in water, (they) can be difficult to formulate into tablets because they need to be milled into nanocrystals to be effectively absorbed by the human body,” European Pharmaceutical Review reports.

In most drug formulation designs, including tablets, capsules, and films, those nanocrystals are combined with ingredients called excipients. The excipients help stabilize the drug and control its release into the body; the combination of the API and the recipient is called a formulation.

“The milling step is very time consuming and energy intensive, and the abrasive process can cause changes in active ingredient properties, which can undermine the therapeutic effects,” Chen told MIT News.

MIT’s technique uses what are called nanoemulsions. Emulsions are drops of oil suspended in water; think the mixture you get when you shake up oil and vinegar salad dressing. When those droplets are formed on the nanometer scale — that is: really, really small — the resulting mixture is called a nanoemulsion.

“The particle formation is nearly instantaneous, so everything that was in your liquid drop gets converted to a solid particle without any loss,” Patrick Doyle, MIT professor of chemical engineering, says.

Doubling up: The end result is evenly distributed nanocrystals, which can then be crushed up and formed into tablets using current drug formulation methods.

This allowed them to achieve drug loading levels of 60%, well above the 25% or so current methods yield. In other words, they can fit more drug into less space.

Their method can also be adopted for making films — a type of drug formulation that has gained in popularity in recent years, and is especially helpful for children and the elderly, according to European Pharmaceutical Review.

“The flexibility of the system is that we can choose different oils to load different drugs, and then make it into a nanoemulsion using our system. We don’t need to do a lot of trial-and-error optimization because the emulsification process is the same,” Chen told MIT News.

“It is impressively flexible in terms of accommodating a wide range of drug loadings and tunable drug release rate,” Calvin Sun, a professor of pharmaceutics at the University of Minnesota not involved with study, told MIT News. “If implemented at the commercial scale, it will have a far-reaching impact in the development of oral solid dosage forms of poorly soluble drugs.”

And that will mean easier pills to swallow, better adherence to drug directions, and (hopefully) healthier patients.

Medicine
Particles packed with mRNA reduce wrinkles in mice
A new delivery method for mRNA therapies could open the doors to better treatments for aging, cancer, and more.
Up Next 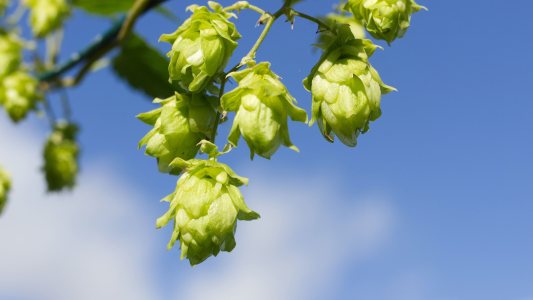 Compounds derived from hops might be able to help prevent — or even treat — nonalcoholic fatty liver disease (NAFLD) in people.