For the first time in a live animal, researchers have successfully reversed a gene mutation, called a “duplication mutation,” by gene editing.

They did this by giving a live mouse the exact mutation of a patient with Duchenne muscular dystrophy (DMD). Then they cured the mouse by correcting the mutation using gene editing.

“I want (…) everybody to take a step back and think how unbelievably fascinating it is that we can even begin to think about how to fix the genetic mutation,” Ronald Cohn, principal investigator of the study and president and CEO of SickKids Hospital in Toronto, told CTVNews.ca

“Because I can tell you, ten years ago, if you would have told me there will be one day that technology just is going to fix the genetic mutation, I would have told you, ‘no, I don’t think so.’ So we are in a completely new, exciting, different world.”

The effort began when Cohn met a family whose 19-year-old son had been diagnosed with the rare disease when he was four and a half years old. DMD is a fatal — and currently incurable — genetic condition that causes the body’s muscles to deteriorate over time.

The disease is always caused by errors in the gene for a muscle protein, called dystrophin. But for 10-15% of patients, including the 19-year-old, the problem is caused by a duplication mutation, where part of the gene appears twice.

After Cohn and the family became friends, the boy donated a genetic sample for research. Cohn was able to replicate the boy’s duplication mutation in a lab mouse.

Cohn’s team injected the mouse with a CRISPR molecule, designed to eliminate the mutation and (hopefully) restore the normal function of the gene.

The results were incredible.

Before and after pictures show a dramatic difference between the mouse’s muscle strength and condition. After the CRISPR treatment, signs of weakened muscles disappeared.

Not long ago, gene therapy became a promising treatment for Duchenne muscular dystrophy. But traditional gene therapy is a different process than gene editing. A gene therapy treatment works by injecting harmless, gene-carrying virus into the body to deliver a new, functional copy of a faulty gene. For DMD, that faulty gene is the dystrophin gene.

But in gene editing, scientists use CRISPR, a kind of genetic scissor, to directly change existing DNA, rather than just inserting a new gene alongside the old.

In the case of DMD caused by a duplication mutation, CRISPR can simply snip away the harmful duplicate gene, which is much simpler than delivering a new gene or replacing the old.

The results were incredible. After the CRISPR treatment, signs of weakened muscles disappeared.

This is a positive step toward treating several rare genetic diseases because the same technique can be applied to other genetic conditions.

“If you look across the spectrum of our genetic disorders, about 10 percent are caused by what we call the duplication mutation,” Cohn said. “The concept and the methodology behind (our technology) is really applicable to, theoretically, any duplication mutation.”

However, DMD can also be caused by other mutations that affect the dystrophin gene — the longest gene in the human genome. The most common cause of DMD is actually a deletion mutation, where a portion of the gene is missing. (Gene therapies for this kind of DMD still have to try to insert a whole working copy of the gene, which is harder to do consistently than deleting a duplicate.)

This study, published in the scientific journal EMBO Molecular Medicine, is the first step to showing that researchers could safely use CRISPR to correct a duplication mutation. Although success in a mouse study doesn’t always translate to success in human subjects, Cohn says his next steps are developing this technology as a drug and then aiming for clinical trials.

“I really do believe (…) that in general, this technology, the genome editing technology, is going to change the way we would practice medicine in 10, 15 years. Before I retire, I hope,” he said. 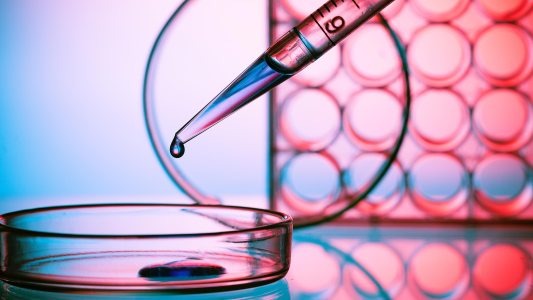 Researchers have engineered a gene therapy system to dampen pain. They’ve shown it to be effective in mice, for both short-term and long-term pain.