For the first time, the FDA has approved a medicine derived from marijuana for use in the United States. The drug is a purified solution of 100% cannabidiol (or CBD), a naturally occurring compound found in marijuana plants, and it will be used to treat patients with rare, devastating forms of childhood epilepsy.

CBD is not psychoactive, but the DEA still classifies it as a Schedule I controlled substance, just like marijuana, insisting that it has “no accepted medical use” and “a high potential for abuse.” Although the FDA has concluded that CBD does have a medical use (and a “negligible abuse potential”), it’s up to the DEA to reclassify it before it can be sold in pharmacies.

Laws, Seizures, and CBD: Although scientists had thought that CBD might protect against seizures since at least 2004, marijuana laws made researching the plant difficult. But in 2012 and 2013, stories began emerging about kids with Dravet’s syndrome (a severe form of childhood epilepsy) dramatically reducing their seizures with CBD. Dozens of states responded by legalizing CBD or expanding their medical access laws to cover epilepsy.

Legalization at the state level and greater attention from the public made researching CBD an easier lift, and a number of high-quality studies were launched to see if it could treat epilepsy that wouldn’t respond to other drugs. Ultimately, three gold-standard clinical trials convinced the FDA that CBD does indeed help with intractable seizures. This year marks the first time that a drug made from the marijuana plant itself has been approved as a safe and effective medical treatment.

The DEA Isn’t Feeling It: Unfortunately for epilepsy patients, the FDA can approve CBD for medical uses, but the DEA still has the final say over whether it’s legal. If the agency doesn’t move it off the Schedule I list of banned substances, it won’t be hitting pharmacy shelves any time soon. Industry experts and the drug manufacturer who pushed CBD through the FDA approvals process seem confident that the DEA will downgrade it within 90 days.

But, as recently as May, the DEA was fighting tooth and nail in federal court to keep CBD on the Schedule I list. Even stranger, technically CBD has never been a controlled substance—unlike the psychoactive THC compound, which has its own listing, the cannabidiol compound is not mentioned on any list of restricted drugs. Instead, in just 2016, the DEA banned CBD through the backdoor, by declaring it and anything else made from marijuana to be “marijuana extract,” and therefore inherently just as illegal.

How this muddle of science and regulations will play out is anyone’s guess, but now the ball is entirely in the DEA’s court.

Medicine
New drug combo is “a paradigm shift” in preventing asthma attacks
The combination of a rescue medication and a corticosteroid, taken as needed, reduced both short and long-term risk of asthma attacks.

Drugs
AI maps psychedelic “trip” experiences to regions of the brain – opening new route to psychiatric treatments
To better understand how these effects manifest in the brain, we analyzed over 6,000 written testimonials of hallucinogenic experiences.
Up Next 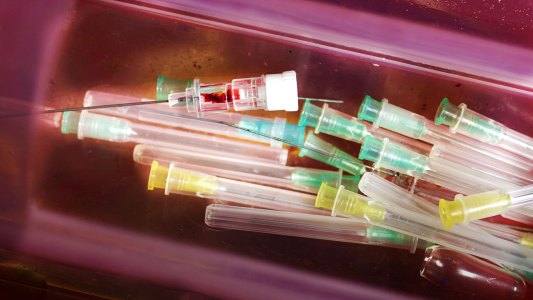