As America prepares to enter the projected peak of our COVID-19 epidemic, communities across the country are seeking whatever edge they can in fighting the coronavirus. A new front of the battle has opened in the quietest of corners: your local library.

“Public libraries have a history of rising to the occasion,” says Ramiro Salazar, president of the Public Library Association and director of the San Antonio Public Library. Providing access to their online resources, including books, classes, homework help, music, movies, and magazines is, of course, libraries’ biggest opportunity to assist their community, Salazar says. But it’s far from the only thing libraries are doing to help out.

Closed to the public, libraries and their resources are now being leveraged for fighting the coronavirus. In San Francisco, public libraries and recreation centers are being repurposed to provide emergency child care for parents on the front line. In Boston, the West End Library is one of the city’s grab-and-go food sites for youth and teen meals. In Dallas, ESL classes and GED classes for non-native English speakers have moved online.

And, in library buildings that had been even quieter than normal, 3D printers now whir away, helping address the shortage of PPE for healthcare workers.

Fighting the Coronavirus One Printed PPE at a Time

Taking advantage of a few weeks of ghostly closure, the Caroline County Public Library on Maryland’s rural Eastern Shore used the safety allowed by the lack of people to set up a clean-room facility to begin printing PPE. After sanitizing the space with an electrostatic fogger, the library implemented access control and other lab protocols before turning their seven 3D printers to the task of printing Prusa face shields.

“We immediately re-tooled the maker space to mass, safe, sanitary production of the face shields,” says John Courie, the library’s IT manager. Courie’s masters degree in integrated health fields meant he was familiar with good manufacturing processes — knowledge he is using to make sure the library’s facility and PPE products are as safe as possible.

The library is currently printing PPE to be sent to places with already identified shortages in Baltimore. The masks are distributed by Open Works, a large nonprofit makerspace in the city. But if Caroline County faces shortages of its own, the library is ready to pivot to help, Courie says.

“We stand ready to facilitate the needs of the county as they should arise.”

Access to the internet is now a fundamental need, and for many, the library is the only place to get it.

Maryland’s libraries are in the process of looking for partnerships to help them get Wi-Fi hotspot devices out to people who need them. Across the state, people are already lending out hotspots and devices.

“If it is to look for jobs, if it is to connect with family thousands of miles away, if it’s to apply for services, these are the services that have been cut off when the library buildings closed,” says Tamar Sarnoff, director of public libraries and the state networking branch of the Maryland State Library.

Libraries have large Wi-Fi pipelines, Courie says. Keeping their Wi-Fi cranked on can allow people to connect from outside the doors and in the parking lots (“drive-fi”). There’s a flip-side, however — some library systems have turned their internet off in an effort to avoid potential crowding outside.

“They’re a pretty significant user of our public computer infrastructure, and they’re not able to access it,” Courie says. Helping to bridge the gulf of digital inclusion is one of the key roles of the public library, Salazar says — a role now under strain as the coronavirus cuts wires once taken for granted.

In Dallas, the J. Erik Jonsson Central Library’s place in the homeless community extends beyond 10 feet of WiFi leak.

People who usually do not stay at the library overnight are camping outside of it, forced onto the street as shelters reduce their bed numbers. Sixty to seventy people now sleep outside the library, says Jo Giudice, director of the Dallas Public Library.

“I’m considered one of the (overnight shelter) providers now,” Giudice says. She keeps folks up to date on the latest news, partners with local services to source lunch and dinner, and has set up port-a-potties. It’s a village atmosphere, Giudice says; they take care of each other, from headcounts in the morning to cleaning routines and working groups.

The spaces inside the Dallas Public Library system are being put to use as well. Library buildings have become ad hoc satellite offices for the Dallas Police Department, as detectives spread out around the city to help ensure social distancing while staying on the job.

Everybody that works at the library system is personally invested.

The ability to participate in fighting the coronavirus in their communities is an extension of the library’s place in society, the library workers told Freethink.

“Everybody I’ve talked to, at all levels of the organizations, their main concern is their community,” says Sarnoff.

“The 3D printers, in being able to facilitate an actual, physical manifestation in response to the sheer struggle we’re all going through, it’s really personally important to me,” says Courie. “Everybody that works at the library system is personally invested.”

The services libraries provide will potentially be more important than ever, as waves upon waves of Americans suddenly find themselves without the access and resources that they once had. There to help them will be libraries whose own budgets have been cut or frozen. In the wake of pandemic, the importance of public libraries may be thrown into sharp, painful relief.

“It’s the great equalizer,” Public Library Association president Salazar says, “of the haves and have nots.” 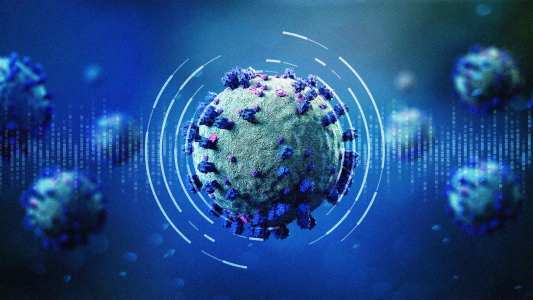 MIT scientists have translated a key part of the coronavirus’ structure into music — and the song could help researchers find a way to stop the virus.

Coronavirus
Why scientists are turning the coronavirus’ structure into music
By Kristin Houser
Subscribe to Freethink for more great stories
Subscription Center
Sections
Video
Freethink
Subscribe
We focus on solutions: the smartest people, the biggest ideas, and the most ground breaking technology shaping our future.
Subscribe