Every day, 17 people die in the U.S. because they didn’t get the organ transplant they need — there simply aren’t enough donor organs to meet the demand.

If researchers could figure out a way to transplant similarly sized organs from animals, such as pigs, into humans, they could possibly eliminate the global organ shortage and ensure that every single person who needed a new heart, kidney, or lung got it.

The approach, if validated, could help solve global organ shortage.

This cross-species donation is called xenotransplantation, and despite more than a century of research, scientists still haven’t figured out how to do it safely and effectively with whole organs.

That could soon change, though, thanks to a China-based biotech company and its gene-edited pigs.

Our immune systems are designed to detect intruders (viruses, bacteria, etc.) and attack them.

This is great if the intruder is influenza, but a big problem if it’s a donated organ, so organ transplant recipients must take medications designed to suppress their immune system.

So researchers at Qihan Biotech used CRISPR and other gene-editing technologies to modify the DNA of pigs in a way that increases their immunological compatibility with humans.

But that wasn’t all.

Pigs’ genomes contain remnants of viruses (called retroviruses) that researchers worry could infect humans following a transplant, so they eradicated those, too. Then they altered the way the pigs’ blood clots to make it more compatible with humans.

In total, the researchers made 13 genetic modifications, all designed to make organs from the gene-edited pigs more acceptable to the human body.

The Path to Xenotransplantation

According to the researchers’ study, published in the journal Nature Biomedical Engineering, the gene-edited pigs, dubbed “Pig 3.0,” look and behave just like your standard pigs.

But during in vitro lab tests, the researchers found that cells from the gene-edited pigs appeared less likely to be rejected by the human immune system than those of unmodified animals.

Those further studies have already begun — the Qihan researchers are now testing the function of kidneys from their gene-edited pigs in primates.

Even if researchers are able to overcome the biological hurdles to xenotransplantation, they’ll still need to contend with the ethics of using animals as living organ factories.

“How can we balance animal ethics with organ supply? How can we supervise and guide research institutes in the development of related technologies in an active and responsible way?” Qihan Biotech CEO and co-founder Yang Luhan told Xinhua. “There are questions that need to be answered.” 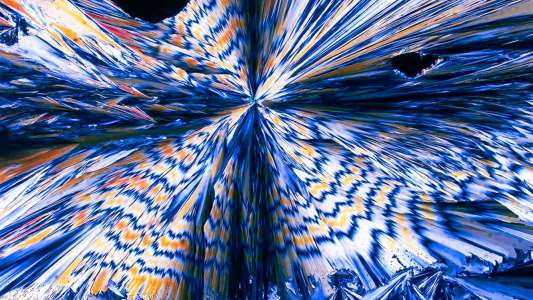 Crystalizing a common insecticide makes it kill mosquitoes faster, and could be a cheap, effective new weapon for malaria prevention.