The inner ear houses at least 100 hearing-related genes — and a single mutation in just one of them can lead to hearing loss.

In humans, every gene is composed of a specific sequence of paired off DNA bases (A, G, T, or C). When an error happens while copying DNA, it’s called a genetic mutation.

The gene at the center of this new study, published in the journal Science Translational Medicine, is known as Tmc1, and to date, scientists have identified more than 70 different mutations of it in humans.

We feel this is a big step beyond the field of hearing restoration.

In 2015, researchers from Harvard Medical School and Boston Children’s Hospital showed it was possible to use gene editing to replace a mutated Tmc1 gene with an unmutated copy to restore hearing in mice.

In this new study, they took that research to the next level, using gene editing to replace a single base mutation in the Tmc1 gene in mice, instead of replacing the entire gene.

The specific technique they used is called, appropriately, base editing, and it’s less likely to cause unwanted edits than replacing a whole gene.

“It’s like your spell-checker,” researcher Jeffrey Holt said in a press release. “If you type the wrong letter, spell checker fixes it for you.”

Base editing might be less risky than replacing an entire gene, but implementing the technique was also more difficult for the researchers.

In 2015, they were able to use a single harmless virus to carry their unmutated Tmc1 gene into the sensory cells in the ears of mice.

The base editor that they needed to get into the cells to replace just the Tmc1 mutation was too large to fit in the same kind of virus, though. To overcome that obstacle, they had to split it into two carrier viruses.

“Once the cell was infected with these two parts, it was able to reassemble into a single full length sequence and then perform the base editing task we needed,” researcher Olga Shubina-Olein said in the press release.

The two viruses only managed to make it into about 25% of the cells — sometimes only one would make it — but that was enough to partially restore hearing in the mice.

“We got it to work, but we need to boost the efficiency to make it broadly useful,” Holt said. “But the message is that when we got both into the cells, we went from zero function to 100 percent. That tells me all we need to do is get it into more cells and we will recover more hearing function.”

Now that the researchers know they can use this form of gene editing to correct one Tmc1 mutation, they think they might be able to use it to correct others — and then maybe even other kinds of genetic mutations.

“We feel this is a big step beyond the field of hearing restoration and for the broader field focused on treatment of genetic disorders,” Holt said. 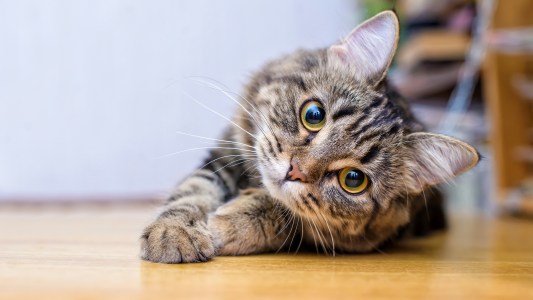 Scientists are attempting to create the world’s first truly hypoallergenic cat by deleting the feline gene that causes cat allergies.