For the 10% of people with cat allergies, a run-in with a kitten can mean anything from slightly itchy eyes to life-threatening anaphylaxis.

In an attempt to still enjoy feline companionship, some of those people think it’s a good idea to buy a hypoallergenic cat — one whose biology won’t trigger their allergies — as a pet.

The only problem? Despite what breeders of Sphynx and Cornish Rex kittens might say, there is no such thing as a hypoallergenic cat — not yet, anyways.

Scientists are now employing the gene-editing tool CRISPR in an attempt to create the world’s first truly hypoallergenic cat. And if they’re successful, they then hope to develop a drug that could eliminate the allergy-triggering gene in any cat.

Cats have a protein called Feld1 in their saliva and skin. When they groom themselves or shed, they spread this protein around, which is why even being in the same house as a cat can cause an allergic reaction.

Virginia-based company Indoor Biotechnologies (InBio) is hopeful that using CRISPR to delete the gene that instructs for the protein’s production might allow it to create a hypoallergenic cat.

The goal is to develop a drug that a vet could inject into any cat to make it hypoallergenic.

“What we hope will ultimately come out of this is a cat that is genetically modified so that it doesn’t produce Feld1,” InBio CEO Martin Chapman told OneZero.

In February, InBio published a study in the Journal of Allergy and Clinical Immunology detailing the first steps along that path.

For the study, InBio scientist Nicole Brackett collected tissue samples from 50 cats through a partnership with the Society for the Prevention of Cruelty to Animals (SPCA). She then extracted DNA from the samples and sequenced each cat’s Feld1 gene.

Next, Brackett looked for a segment of the gene’s sequence that was identical in as many of the cats as possible. She then programmed her CRISPR system to target and delete that sequence.

According to the study, the experiment worked — CRISPR effectively deleted the gene from the cells without causing any off-target editing.

Not every cat produces the same amount of Feld1, and typically, when someone advertises a “hypoallergenic cat,” what they’re really offering is a cat with low levels of the protein.

The fact that such cats exist — and seem just as healthy as those with high Feld1 levels — is an encouraging sign that deleting the gene to create a truly hypoallergenic cat won’t affect the animal in any negative way.

First, it plans to repeat the aforementioned study using samples from 200 more cats to ensure that the gene sequence Brackett is targeting is the most common. It’s also going to try knocking out the gene in cat salivary tissues in the lab and then see if the tissue continues to produce Feld1.

The next step after that will be deleting the gene in cat embryos, implanting them into a surrogate, and seeing if the resulting kittens are both hypoallergenic and healthy.

The company isn’t looking to become a hypoallergenic cat breeder, though — its ultimate goal is to develop a CRISPR-based drug that a veterinarian could inject into any cat to delete the Feld1-producing gene.

If it’s successful, a person with cat allergies could adopt any stray from a shelter and then swing by the vet to transform it into an hypoallergenic cat — no more needing to pay a breeder hundreds or even thousands of dollars for a cat that still might trigger their allergies. 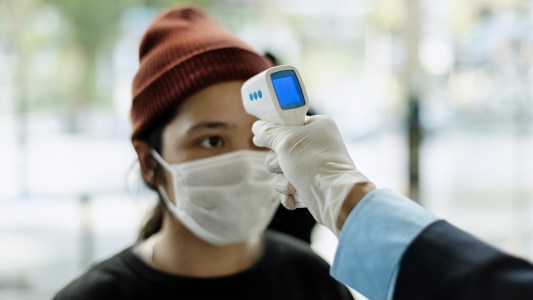 Genetic factors may explain about 50% of the differences in people’s COVID-19 symptoms, according to a study of more than 2,600 twins in the U.K.