Every time your immune system encounters a new microbe, it creates a record of the bug, so the next time the microbe invades, your body is ready to react. Many scientists believe encountering these bugs early in life helps to calibrate our immune systems, teaching it what is a threat and what isn’t.

Rural areas are home to a wider range of microbes than urban ones, and so children who live outside cities — playing in forests, fields, and creeks — tend to encounter more microbes (and sooner) than their urban counterparts.

Previous research has indicated that those children tend to have fewer immune system-related disorders, such as diabetes or allergies, than kids raised in cities.

Now, for the first time, researchers have shown that adding a low-cost green space (an area with dirt, grass, or other natural elements) to an urban daycare’s playground can affect the immune systems of the kids who attend it — in just 28 days.

Researchers in Finland enrolled 75 children between the ages of 3 and 5 in their green space study, published in the journal Science Advances.

At the start of the study, seven of the daycares had similar concrete playgrounds; the researchers transformed four of them, bringing in berry bushes, meadow grasses, and planter boxes full of crops to create a green space where the kids could play.

The three unmodified playgrounds served as the negative controls for the study. The other three daycares were already nature-oriented — the kids who attended them took daily field trips to the forest — so they served as the positive controls.

For 28 days in 2016, the children spent an average of 1.5 hours per day playing outside, either in the new green space, the forest, or the preexisting playground. All 10 daycares served the children the same food for breakfast, lunch, and an afternoon snack during the course of the study.

At the beginning and end of the study, the researchers collected skin, stool, and blood samples from all of the children to measure their levels of microbial diversity and other markers related to immune health.

After just 28 days, they found that microbial diversity increased on the skin and in the guts of the kids with access to a new green space at their daycare. Their blood samples also showed beneficial changes in immune system-related cells and proteins.

It cost less than $6,000 to add a green space to each playground.

“(This study) is the first in which these changes offering protection against diseases have been found when adding diversified aspects of nature to an urban environment,” lead researcher Aki Sinkkonen claimed in a press release.

But the researchers haven’t determined whether exposing children to the green spaces actually decreased their chances of experiencing immune system-related problems — they did follow up with the kids for two years after the study, but they have yet to publish those results.

They also acknowledge that the study’s small sample size is a limitation to gleaning any meaningful insights, but they already have a plan to overcome that.

Every child should have access to this kind of environment.

The team is currently recruiting new parents for a larger study, in which some newborns will be swaddled in sheets containing pockets of microbes and others in more sterile sheets. The researchers plan to compare the immune development of the babies to see whether the early exposure is beneficial.

“This is the next major step,” Sinkkonen told Wired.

Still, based on the results of the daycare study, adding a green space to an urban daycare may be worthwhile, especially given that the researchers spent less than $6,000 to modify each playground.

Four years after the study, the green spaces are reportedly still thriving.

“I think that every child should have access to this kind of environment,” Sinkkonen said. “They have more to win and more to lose.” 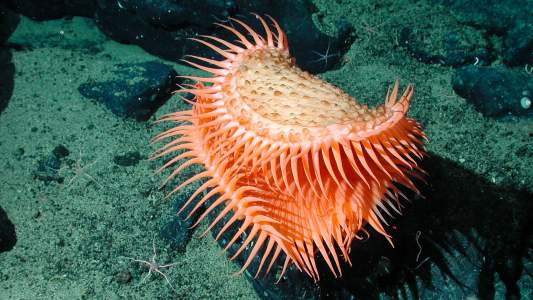 Oceans
Researchers have never seen the deep sea like this before
Subscribe to Freethink for more great stories
Subscription Center
Sections
Video
Freethink
Subscribe
We focus on solutions: the smartest people, the biggest ideas, and the most ground breaking technology shaping our future.
Subscribe