There are more than 30 strains of avian flu, and most of them stick to infecting birds.

Now, it appears the H5N8 bird flu strain has infected humans for the first time. Here’s what we know about it so far.

Discovered in 1983, the H5N8 bird flu strain is highly lethal to both wild birds and poultry.

In early 2020, Saudi Arabia reported an outbreak of the strain at a poultry farm, and since then, it’s been detected amongst birds in other parts of Asia, as well as countries in Europe and Africa.

On February 20, Anna Popova, Russia’s head of public health, announced that the H5N8 bird flu virus had made the jump to humans for the first time.

If confirmed, this would be the first time H5N8 infects people.

“Scientists of the Vector Center isolated the genetic material of this kind of bird flu in seven workers of a poultry farm in the south of the Russian Federation, where an outbreak in bird population was recorded in December 2020,” she said, according to state-run news agency TASS.

Russia found no evidence of human-to-human transmission — it appears the workers caught the virus directly from infected birds — and they each recovered quickly.

“All seven people I am talking about today are in good health — the clinical course of the disease was very mild,” Popova said.

Russia informed the WHO of the infections among humans, according to Popova, and the WHO is now investigating the situation.

“We are in discussion with national authorities to gather more information and assess the public health impact of this event,” a WHO spokesperson said in a statement. “If confirmed, this would be the first time H5N8 infects people.”

So far, the H5N8 bird flu strain doesn’t appear as harmful to humans as H5N1 and H7N9 — those could cause severe illness and killed about 60% and 30% of people they infected, respectively.

However, the strain had to mutate in order to make the jump from birds to humans, and further mutations could change how it affects us and how it spreads.

If the virus is only transmissible from birds to humans — and not from humans to humans — it’ll be easier to contain any outbreaks that do occur, but we need to prepare for the possibility that it continues to evolve.

Popova said the Vector scientists sequenced the whole genome of the H5N8 bird flu virus that infected the poultry farm workers and uploaded it to an open-access database. Now, scientists can use that data to consider countermeasures, such as tests, treatments, and vaccines.

“The discovery of these mutations when the virus has not still acquired an ability to transmit from human to human gives us all, the entire world, time to prepare for possible mutations and react in an adequate and timely fashion,” Popova said. 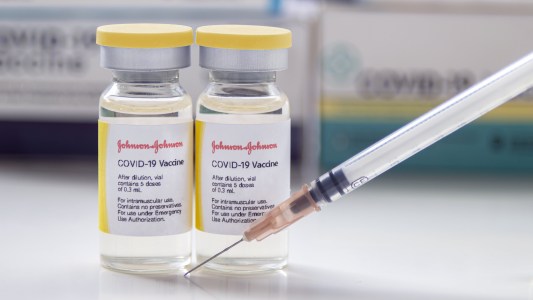 FDA experts confirm that Johnson and Johnson’s one-shot COVID-19 vaccine is safe and effective, putting it a step closer to authorization.