Researchers are developing an artificial heart valve that adjusts to the size of a child’s heart as they age — potentially saving countless kids from having to undergo multiple open-heart surgeries.

Heart valves play an integral role in the circulatory system, controlling the flow of blood in and out of the heart.

If an adult’s heart valve stops working properly, a doctor can replace it with an artificial valve designed to last the rest of the patient’s life.

“If our preclinical results hold up in human testing, this could transform the field.”

Heart valve problems are not limited to adults, though — and for a child, heart valve replacement surgery isn’t a one-time fix.

As a child’s body grows, they will repeatedly need to have their artificial valve removed and replaced with a larger model. For a child who received their first valve replacement before the age of two, that could amount to five risky open-heart surgeries before adulthood.

In an effort to overcome this problem, researchers at Boston Children’s Hospital have developed an adjustable artificial heart valve, which they describe in the journal Science Translational Medicine.

“Veins carry approximately 70 percent of our blood volume,” lead researcher Sophie C. Hofferberth said in a news release. “The vein dimensions can change dramatically depending on body position, yet the valves must remain functional.”

This design allowed prototypes of the artificial valve to remain functional at multiple sizes and flow rates in both computer simulations and in-lab tests.

When the team implanted the artificial heart valve into seven growing lambs and observed the animals for 10 weeks, they found they could periodically expand the size of the device using a balloon catheter procedure that was minimally invasive. Additionally, the animals showed no signs of injury or major inflammation.

The researchers are now eager to begin testing their artificial heart valve in humans.

“We hope to bring this new device into clinical testing fairly rapidly,” senior author Pedro J. del Nido said in the news release. “If our preclinical results hold up in human testing, this could transform the field.” 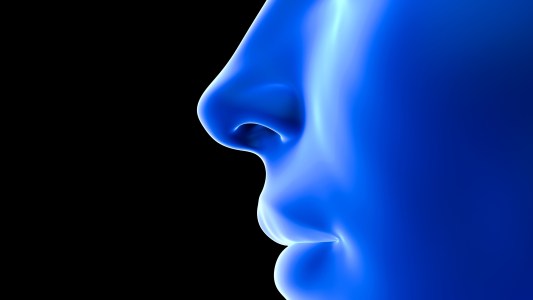 A new study found that an electronic nose could be an improved screening tool for Barrett’s esophagus, a precursor to esophageal cancer.