A new study sponsored by the U.S. National Institute of Allergy and Infectious Diseases (NIAID) — the agency under the aegis of America’s favorite scientist, Anthony Fauci — shows promising results for an injectable HIV drug that can provide longer-acting HIV prevention than the daily prevention pill, Science reports. The drug isn’t a vaccine, but it’s getting closer to working like one.

Having healthy people take antiretroviral HIV drugs before they are exposed to HIV is a technique known as pre-exposure prophylaxis (PrEP). Truvada, a pill combining two different medicines that whipsaw the virus, has proven extremely effective in HIV prevention — when it is taken exactly as directed. But the therapy has a drawback: it’s a daily pill.

It is not always possible to take a pill every day, and people are never perfect at taking any medicine, so the hunt has been on for a longer-acting form of HIV prevention. The new injectable drug, called cabotegravir, looks like it may be able to do just that.

With cabotegravir lasting at least a couple of months, we’re moving in the direction of providing people with some of the benefits of a vaccine.

“With cabotegravir lasting at least a couple of months, we’re moving in the direction of providing people with some of the benefits of a vaccine,” Myron Cohen told Science. Cohen is co-principal investigator of the NIAID’s HIV Prevention Trials Network (HPTN), which tests non-vaccine forms of HIV prevention.

The study began in 2016, enrolling 4,500 subjects at high-risk of contracting HIV — particularly, men who have sex with men and transgender women — throughout the Americas, South Africa, and Southeast Asia. The study tested Truvada, the daily pill, against groups of volunteers who either received a cabotegravir injections every eight weeks or a placebo pill or shots.

When HPTN looked at the data in late April of this year, there had been 12 infections among the cabotegravir cohort and 38 in those who received Truvada.

According to Science, studies show that people who become infected after being prescribed Truvada often had stopped taking their daily pills. The long-acting injection may increase the number of people remaining on HIV prevention therapy by making it simpler to stay on top of it.

“It’s really exciting,” Jared Baeten told Science. Baten is an epidemiologist at the University of Washington and was not involved in the study. “It gives another option for people who can’t or don’t want to take daily pills.”

The study did not prove that cabotegravir was more effective than Truvada. Discovering which form of HIV prevention was more effective was the study’s original goal, but that changed with the arrival of another vicious virus — SARS-CoV-2.

The pandemic caused numerous study sites to close, so the HPTN team moved up the endpoint of the study to make sure the data was not interrupted. The study did not collect enough data to prove whether the shot was a superior form of HIV prevention, but their results were enough to show that it was, at least, no worse than the pill.

Once the researchers believed it cleared that bar, they recommended all participants, including those in the placebo control groups, be offered the injections. Once a therapy is shown to be effective, it is considered unethical to continue testing it against placebos.

The 12 infections among the cabotegravir group will now need to be examined to understand why it didn’t work for them. Possible theories include the participants’ weight — a lower body mass index may cause the shot to be eliminated more quickly from the body — or they perhaps became infected early in the study, before they had enough of the drug in their system to protect them. 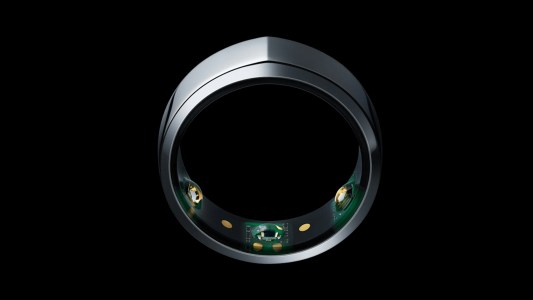 A study involving more than 600 people found that the Oura Ring wearables can detect coronavirus symptoms 72 hours prior to onset with 90% accuracy.