Researchers at the University of British Columbia (UBC) just got a major step closer to developing oral insulin pills to help people manage their diabetes.

“These exciting results show that we are on the right track in developing an insulin formulation that will no longer need to be injected before every meal, improving the quality of life, as well as mental health, of more than nine million Type 1 diabetics around the world.” said principal investigator Anubhav Pratap-Singh.

Why it matters: Insulin is a hormone our bodies use to convert blood sugar into energy. Because people with type 1 diabetes don’t naturally produce enough insulin (or any at all), they need regular injections of synthetic insulin to keep their blood-sugar levels stable.

Uncontrolled diabetes leads to nerve damage, heart disease, blindness, and more, but some people who should be treating their diabetes don’t properly control it because they have a fear of needles.

Insulin pills would solve this problem and make life easy for every diabetic, since nobody loves injections. Pills would also be easier to store and transport than insulin vials, which must be refrigerated.

The challenge: Insulin pills have been in development for decades, but one thing holding them back has been low levels of absorption — too much of the insulin in the pills breaks down in the stomach.

To get enough insulin past the stomach and to the intestines, where it can be absorbed into the bloodstream, en route to its ultimate destination — the liver — previous pills have needed to contain high doses of insulin.

“For injected insulin we usually need 100iu per shot,” said first author Yigong Guo. “Other swallowed tablets being developed that go to the stomach might need 500iu of insulin, which is mostly wasted, and that’s a major problem we have been trying to work around.”

Cheeky idea: To prevent their insulin pills from breaking down in stomach acid, the UBC team designed them to be dissolved between the gum and the cheek, rather than swallowed.

In rat tests, they found that nearly 100% of their dissolvable insulin reached the rodents’ livers and almost none was found in their stomachs. This insulin was also faster-acting than other in-development tablets, which tend to release insulin slowly over several hours.

“Similar to the rapid-acting insulin injection, our oral delivery tablet absorbs after half an hour and can last for about two to four hours long,” said researcher Alberto Baldelli.

Looking ahead: More research and funding is needed for UBC’s insulin pills to reach clinical trials, but the team is hopeful their tablets could one day make treating diabetes simpler, cheaper, and even more sustainable.

​​“More than 300,000 Canadians have to inject insulin multiple times per day,” said Pratap-Singh. “That is a lot of environmental waste from the needles and plastic from the syringe that might not be recycled and go to landfill, which wouldn’t be a problem with an oral tablet.”

The big picture: UBC’s dissolving insulin pills are just one promising lead in the hunt for better diabetes treatments.

NYU Abu Dhabi researchers are developing an oral insulin delivery system that uses “nanosheets” to protect the hormone in the stomach, while a team from UT Southwestern is developing an insulin injection for people with type 2 diabetes that can be delivered weekly, rather than multiple times a day.

Perhaps most exciting, though, is a stem cell treatment developed by Boston-based biopharma company Vertex Pharmaceuticals, which permanently cured a man of his type 1 diabetes, ending his need for any synthetic insulin, oral or injected. 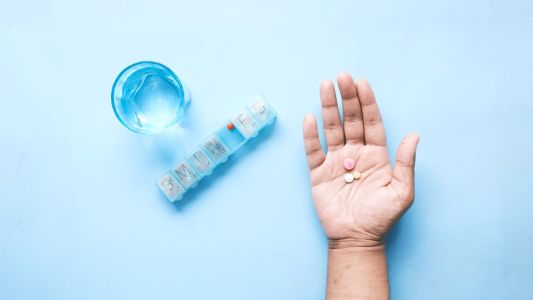 Anesthesia, penicillin, antibiotics, diazepam, and the birth control pill have all radically changed our lives.

Medicine
5 drugs that changed the world (and what went wrong)
Subscribe to Freethink for more great stories
Subscription Center
Sections
Video
Freethink
Subscribe
We focus on solutions: the smartest people, the biggest ideas, and the most ground breaking technology shaping our future.
Subscribe