Since the COVID-19 outbreak began, people of all ages have caught the illness. But it appears something is protecting kids against COVID-19, as few who catch it experience severe symptoms or die from the disease.

Researchers are currently unable to say why this might be — but if they can figure it out, the knowledge could help people of all ages fighting the disease.

“If we can somehow mimic the children’s immune system, using therapeutics or drugs, maybe it just becomes a mild infection even in adults,” immunologist Akiko Iwasaki told New Scientist.

COVID-19 is much deadlier than the flu, but it is similar to influenza in other ways: both are infectious respiratory illnesses caused by viruses. They share many of the same general symptoms — fever, cough, and fatigue — and are transmitted in similar ways.

The age range of people who’ve caught COVID-19 so far spans from just two days to 103 years old. But most children appear to get only mild cases of COVID-19.

That is, if they catch the coronavirus at all. A John Hopkins study of 72,314 COVID-19 cases in China found that less than 1% of patients were children younger than 10 — and at the time of the study, no children in that age group had died from the illness. Another study found that only nine infants had contracted the virus in China, and all had mild symptoms.

“With respiratory infections like this, we usually see a U-shaped curve on who gets hits hardest — young children at one end of the U because their immune systems aren’t yet developed and old people at the other end because their immune systems grow weaker,” virologist Vineet Menachery told The Washington Post. “With this virus, one side of the U is just completely missing.”

Role of the Immune System

The fact that something appears to be protecting kids against COVID-19 has left Menachery and other researchers both puzzled and intrigued.

In an attempt to get to the bottom of the mystery, Menachery infected mice of various ages with COVID-19’s cousin SARS in his University of Texas lab. In the 2003 SARS outbreak, very few children contracted that virus, either, and, amazingly, none died.

If we can somehow mimic the children’s immune system, using therapeutics or drugs, maybe it just becomes a mild infection even in adults.

“It’s the aggressive response from their immune system that is damaging them, even more than the infection itself,” Menachery told The Washington Post. “It’s like police responding to a misdemeanor with a SWAT team crashing through the door.”

Virologist Wendy Barclay at Imperial College London told New Scientist she suspects it could have something to do with the fact that children haven’t had time to accumulate antibodies to similar — but not identical — viruses.

“Sometimes unmatched antibodies can be more harmful than good,” she explained.

Other researchers aren’t yet convinced that the immune system holds the answer to the question of what’s protecting kids against COVID-19, though — they think it might have something to do with their young lungs.

“We know the lung environment really matters with this class of respiratory viruses,” virologist Stanley Perlman told Wired. “As people age, that lung environment changes. It gets pelted with pollen and pollution and the body responds with inflammation. A history of inflammation may impact how well you do with coronaviruses.”

While researchers might have different ideas as to what’s helping children combat COVID-19, they all seem to agree on one thing: if we can translate young people’s extra protection into a treatment for the illness, it could be the key to weathering the pandemic for everyone. 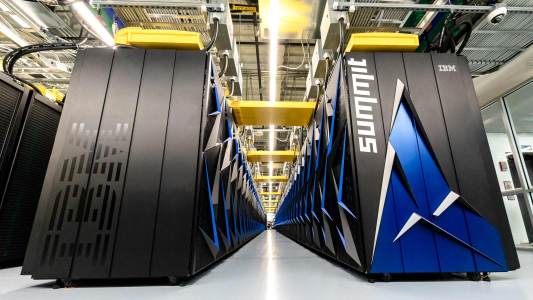 The Summit supercomputer made quick work of complicated simulations to identify 77 compounds that could be promising COVID-19 treatments.