A team led by Andreas Plückthun, a biochemist at the University of Zurich, has determined the exact shape of the oxytocin hormone receptor, which they outlined in Science Advances. They created a 3D molecular map of the receptor, bound to the drug candidate retosiban, which was developed to suppress preterm labor.

The team chose retosiban because it has a uniquely small size. Most compounds that produce a signal by binding to the oxytocin receptor are much larger. They thought that using the small compound would stabilize the receptor enough to determine the 3D structure. The drug itself, however, is not on the market.

This 3D map could provide a frame of reference for developing new drugs. By binding to the oxytocin receptor, the oxytocin hormone — widely known as the love hormone — influences a variety of behaviors, from maternal bonding to aggression. Drugs that bind to this receptor could mimic the role of oxytocin and its varied functions.

Researchers discovered oxytocin three decades ago. Since then, they have been trying to create drugs that target its receptor. Doing so would open up new treatment options for the many illnesses that are impacted by oxytocin. But so far, very few of these drugs have been approved.

“The detailed 3D structure of the receptor for the ‘love hormone’ oxytocin has been somewhat of a holy grail. We thought it would be fascinating to see how exactly this receptor looks and how it works,” Plückthun said in an email.

“In the longer term, having this blueprint now in hand, one can design many additional drugs, as this receptor is involved also in disorders of the autism spectrum.”

What Does a “Love Hormone” Do Anyway? (It’s Not What You May Think):

Oxytocin is dubbed the love hormone because it is secreted by the brain when people bond or snuggle. But by binding to the oxytocin receptor, the hormone can have a substantial and varied role.

Like most hormones, oxytocin functions as a “chemical messenger.” It can control essential aspects of pregnancy, like signaling the body to begin childbirth or produce breast milk. It also plays a role in significant aspects of mental health. Researchers have found links between oxytocin levels and anxiety, autism, Asperger’s syndrome, and addiction vulnerability. And it has been shown to produce antidepressant-like effects in animal studies.

This “blueprint” could provide the starting point for new treatments for a wide assortment of illnesses linked to the love hormone. 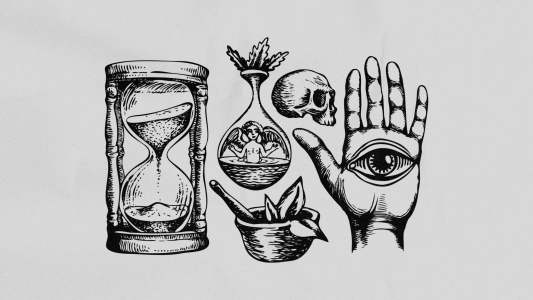 Deadly antibiotic-resistant superbugs require new weapons. Ancient and medieval medicine may point us to where to find them.