“This is just about taking some low-cost things that are right in front of us and assembling them in a—people often say, a ‘MacGyver’ fashion,” said Dr. Thomas Burke in an interview with the New Yorker’s contributor Tom Vanderbilt.  As an emergency doctor with Massachusetts General Hospital, Dr. Burke’s entry into “MacGyver” medicine began at a Home Depot and ended with thousands of life-saving packages distributed throughout the developing world.

The package is simple and dirt-cheap—a plastic bag with a condom, a syringe, a rubber tube, and a card with instructions—but it can mean the difference between a mother living and dying.

When it’s all assembled, Vanderbilt writes, this makeshift “uterine balloon tamponade” (UBT) allows doctors or midwives (or really anyone with minimal training) to stop uncontrolled uterine bleeding—a condition responsible for a third of maternal deaths in childbirth worldwide.

The condom is attached to the tube and pumped full of water, staunching the flow of blood until the body’s clotting mechanism can catch up. This buys critical time for the mother to recover from the trauma of birth.

It is a hacky kind of solution: in rich countries, hospitals have a range of more advanced techniques to handle postpartum hemorrhaging. But even in a poor country, an official, medical-grade UBT device can cost $300—equivalent to more than two months of income in a place like South Sudan, where Burke had been working to fight maternal mortality.

Burke didn’t invent idea—in fact, the method had been floating around for years, probably originating in Bangladesh around 2000, according to Vanderbilt. Instead, Burke simply took a technique that had been developed by people in desperate circumstances, where they didn’t have access to a lot of medical technology, and put it all together:

He made some design refinements—like adding a one-way valve to make sure the condom stayed inflated—but the real innovation was presenting the device as a package, a self-contained kit with easily replaced parts and, important in regions where health-care workers often can’t read, graphically rendered instructions.

There was no patent, no complex regulations, no fancy manufacturing rules, no difficult distribution issues. It’s not the very best solution possible, but it’s way, way better than no solution. According to  Massachusetts General, 97% of women who were treated with it survive, often despite severe shock and hemorrhaging.

Originating from his background as an emergency physician, Burke’s philosophy is built around a severe kind of pragmatism—people need to survive, first and foremost, before we talk about fancy, flashy new technologies—and around a rare sort of humility, which doesn’t assume that rich countries always know best what innovation the developing world needs.

Instead, he looks to see how people without access to modern hospitals, surgeons, or even electricity are coping with these problems. Then he tries to iterate, improve, and spread the best versions of those solutions, based on what’s affordable to the people who need it and widely available in the places they need it.

Burke says, “you can go to almost any hospital in the world in a poor setting, and you can see piles of technologies that have been presented from do-gooders.” But, without the right supply chains or technical support, such “upstream” solutions quickly surrender to a sort of reverse obsolescence.

… Rather than wait for expensive technologies to become more affordable, or to be helicoptered in by well-meaning relief agencies, Burke shapes his approach by observing what is actually being used on the ground and trying to create a set of best practices.

Burke is pushing this approach with two other techniques as well: an improvised CPAP machine for places that don’t have reliable electricity (made from “a Coke bottle filled with water and attached to some tubing”) and the use of ketamine as a makeshift anesthetic for surgery in places without trained anesthesiologists.

The advantage of using what is typically thought of as a party drug, Vanderbilt says, is that “it doesn’t require expensive machinery, or a trained professional to insure a patient keeps breathing”—and because “ketamine only costs a few cents a dose.” A study of 1,800 surgeries done in Kenyan with ketamine had zero deaths (though, of course, those procedures and patients were not random).

The remarkable thing about these examples is not just how cheap they are, but also their high quality—in some cases, it seems nearly as effective as the most expensive, top-of-the-line treatment available in the developed world. This low-cost success raises the prospect in many people’s minds of “reverse innovation” — the idea of taking these MacGyver-y hacks and other designs developed in low-income countries, polishing them a bit, and porting them back to places like the United States and Europe, where affluence has allowed wasteful inefficiency to drive up the costs of healthcare and medical devices.

This idea, first coined by former GE executive Vijay Govindarajan, argues that if you can make a design work in poor countries, you can upgrade it and sell it anywhere—rather than the usual technique of taking designs from the developed world and trying to cut them down to be affordable elsewhere.

But it’s one thing to do what Burke did—building on local solutions in poor countries to help solve local problems—and  another thing to convince people in rich places that they should embrace cheaper, seemingly less sophisticated medical solutions developed by and for people in poorer places.

But in 1971, when refugee camps in Bangladesh ran out of IV fluids to treat a massive cholera outbreak, the person in charge, Dr. Dilip Mahalanabis, decided to try “oral rehydration”—essentially, just drinking water, sugar, and electrolytes, like Gatorade or Pedialyte. Not only was the ORT effective, it turned out that survival rates were actually higher for those who got ORT than those on IVs. This “magic bullet” discovery spread from the refugee camps around the world, and since then deaths from dehydration have declined by over 90% worldwide.

Studies have since proven conclusively that ORT is as good as IV fluids at dealing with the vast majority of diarrhea cases. ORT is now the standard recommended treatment throughout the world, but in rich countries, many parents and doctors still commonly resort to IVs, possibly because it seems more precise and scientific or more like “real medicine.”

The costs are not small—estimates from the 1990s found that nearly half of US hospital visits for diarrhea, potentially costing billions of dollars, could have been avoided by better use of ORT. More recent studies have found that IV treatment is still widely overused outside to the rare cases where it is actually necessary or even beneficial.

In the US, there are a number of obstacles that prevent wider interest or adoption of cheap, effective solutions developed in poor countries. First, there may be a cultural bias against methods from less developed or less educated parts of the world. Patients may have a default belief that more complex and expensive technology is going to be better. Secondly, regulations that make it very costly to get new medical devices approved by the FDA mean that cheap, low-cost devices—like things you could assemble at Home Depot—typically get weeded out from the beginning.

And then, there’s the bad incentives that are responsible for so much of the dysfunction in the US healthcare system. Medical providers get paid based fees for each service they provide, and because insurance or the government picks up the bill, neither the patient nor the hospital has a strong incentive to switch to a cheaper way of doing things, even if it’s just as good. (IV fluids, Vanderbilt notes, are reimbursed at a higher rate than ORT solution, which can cost just a few cents per dose.)

However, a new movement is afoot in healthcare that hopes to change this by replacing the fee-for-service model with a “value-based healthcare” model. The value-based system would pay medical providers based on patient outcomes, rather than on their treatment inputs. That switches the incentive for hospitals and doctors away from loading up on services, regardless of benefits, to focusing on getting the best outcome at the lowest cost. This, in turn, might put pressure on researchers and the FDA to develop and approve lower cost ways of getting the same results—something that is almost wholly lacking in healthcare at the moment.

There are glimmers that some other “reverse innovations” are gaining traction. Vanderbilt cites the example of a Canadian startup that is trying to cut the price of surgical drills by 90%, after seeing doctors in Africa using off-the-shelf power tools.

The team fashioned a better, sterile version of the drill cover that, attached to a DeWalt drill, is more than ninety per cent cheaper. The device was originally intended for low-resource settings but has attracted interest from the Canadian and U.S. military, and hospitals in the U.S., Canada, and the U.K. are considering trials.

This is not so much a novel technique as an exposé on a system where a basic power tool costs over $30,000. But it’s the logical result of system that is set up to favor any technology that might be slightly higher quality, regardless of its cost or whether it really affects the outcome.

Ultimately, the lesson that rich countries might most need to import from the developing world is simply a laser-like focus on getting the best outcome you can for each dollar you spend. If medical innovation can dramatically reduce costs while getting the same benefits, it would free up trillions of dollars in healthcare spending for expanding access and treatment. That, as much as any flashy new drug or medical device, would be a breakthrough for improving care. 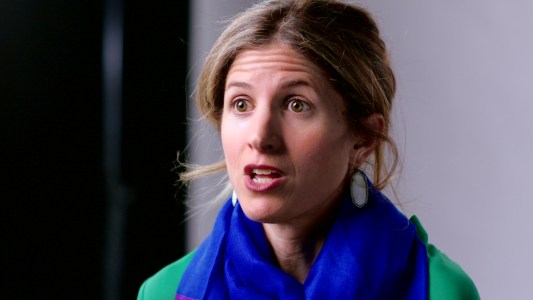 Olivia Leland, founder and CEO of Co-Impact, on how we should approach solving the world’s most complex problems.

Public Health
How to change the world
4:23
Subscribe to Freethink for more great stories
Subscription Center
Sections
Video
Freethink
Subscribe
We focus on solutions: the smartest people, the biggest ideas, and the most ground breaking technology shaping our future.
Subscribe