Malaria is a killer. Caused by a tiny parasite, spread by infected mosquitoes, the disease afflicts hundreds of millions each year, killing hundreds of thousands — cruelly, most are children under 5.

Despite making some progress — in much of the developed world, the disease is eliminated, and bed nets have cut down on deaths in malarial regions — vaccines and other treatments to prevent infections have yet to be successful on a broad scale.

To make matters worse, the parasite that causes malaria, P. falciparum, is notorious for becoming resistant to our drugs that fight it.

“Malaria continues to be a major cause of illness and death in many regions of the world, especially in infants and young children; therefore, new tools are needed to prevent this deadly disease,” National Institute of Allergy and Infectious Diseases(NIAID) director Anthony Fauci said.

Now, NIAID researchers have proven that one antibody — an immune system weapon that sticks to bad guys — can prevent malaria for up to nine months. How can they be sure?

They injected volunteers with malaria.

A global challenge: Purposefully exposing a volunteer to a virus, bacteria, parasite, fungus, or what have you, so that you cause disease, is known as a human challenge trial.

The risks of human challenge trials are obvious; if we’re purposely exposing people to a pathogen which may make them sick, there’s a chance that, well, they’ll get sick. Possibly very sick.

For that reason, researchers usually reserve human challenges for diseases we have good, proven treatments for.

Malaria is a killer, and vaccines to prevent it have not yet been successful on a broad scale.

“First and foremost, you need to have a known, proven, and effective countermeasure,” Ruth Faden, a bioethicist at Johns Hopkins, previously told me.

You also need volunteers who are low-risk, and to be able to make them just sick enough to mimic a real-world infection.

So what’s the advantage? Because you are guaranteeing infection, you don’t have to recruit thousands of people and wait around for enough of them to get sick on their own to give you the data you need — a process that can take months or years.

By challenging their volunteers with the malaria parasite, the researchers were able to tell quickly and definitively if their malaria antibody worked.

Trial by parasite: An antibody is a protein your immune system makes that sticks to specific targets, called antigens. In the case of the COVID-19 vaccines, that antigen is the spike protein.

For some diseases, you can skip the vaccine part and just jump straight to giving people a dose of the antibodies — that’s what the researchers did here. Research in Petri dishes and animals have already shown that certain antibodies could halt malaria in its tracks by glomming onto it before it infects cells. The question is, would that same thing happen in humans?

They began by extracting an antibody from the blood of a volunteer who had previously been given an experimental malaria vaccine. They beefed up that antibody to last longer in the body than normal, then manufactured a bunch of them using Chinese hamster ovary cells, Science reported. (Yes, for real.)

To test it, the researchers performed a two-part trial. They enrolled 40 healthy adults between the ages of 18 and 50 who had never been infected by malaria before.

In the first part of the study, published in the New England Journal of Medicine, 21 of those subjects received the malaria antibody, either through IV infusion or an injection like a vaccine. They were then studied for six months to see how safe and tolerable the treatment is, and to take a look at antibody levels in their blood.

The second part of the trial is where our human challenge comes in. Nine people who received antibodies and six brave controls signed up to get bitten by mosquitoes with malaria.

The subjects were followed closely for three weeks. Five of the six people without antibodies became infected. (Don’t worry, they were given meds and cleared the parasite).

None of the antibody group did.

The results “suggest that a single infusion of a monoclonal antibody can protect people from malaria for at least 9 months,” Fauci said. Additional research, however, is still needed.

Not a silver bullet: “This is a great proof of concept, but it’s not yet ready as an intervention,” W. Ripley Ballou, who helped develop a malaria vaccine, told Science.

There’s a few reasons for this. First, the study, while promising, was small. It’s not enough to tell us precisely how effective this is.

Second, manufacturing the antibodies would likely be extremely expensive — impractical in countries where malaria is an issue. (In a similar scenario, a monoclonal antibody made by AstraZeneca that could prevent COVID-19 for up to a year costs about $1,000 a dose, compared to about $20 for the vaccines.)

And, third, working in a laboratory in the United States is a far cry from working in the real world.

None of the subjects who received the antibodies were infected by the malaria parasites.

“These results are very exciting and their longevity makes it very promising for something like a traveller’s vaccine,” Joshua Blight, co-founder of the antigen-developing startup baseimmune, told me via email.

“However in many cases studies can often fail to translate to the field where natural exposure occurs at a high rate, so we’ll have to wait and see the field results. The coveted treatment for a region where a disease is endemic would ideally [be] something that protect[s] for life or many years, and is logistically viable, preferably no intravenous administration.”

It’s a sentiment acknowledged by the researchers themselves.

“People said to me when I got this result, ‘Have you broken out the champagne?’” study leader and immunologist Robert Seder told Science.

“I said, ‘No, I got a beer.’ I’ll only break out the champagne when I have data from Africa.” 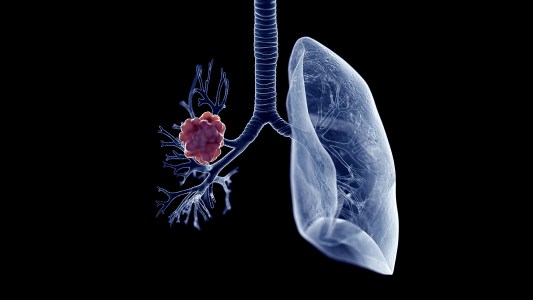