Malaria has been eliminated in China — a small but notable achievement in the war against a disease that kills more than 400,000 people, most of them young children, every year.

“With this announcement, China joins the growing number of countries that are showing the world that a malaria-free future is a viable goal,” Tedros Adhanom Ghebreyesus, director-general of the WHO, said in a news release.

Health experts have been saying for decades that malaria eradication is within reach, but more than 200 million people are still contracting the disease annually.

So, is a malaria-free world really possible?

The Thanos disease: If you live in the U.S., malaria is probably not something you think about that often (or at all) — there are only about 2,000 cases (all imported) and seven deaths every year, so you’re about six times more likely to die from a lightning strike.

However, malaria is a major threat in other parts of the world and has been a huge problem throughout history.

The parasite itself has been around since the dinosaurs roamed the Earth, and the disease is considered one of the deadliest in human history — malaria is commonly claimed to have killed half of all people born since the Stone Age. (The real toll is vast but not Thanos-level.)

Ounce of prevention… People started treating malaria with plants and other natural remedies thousands of years ago.

However, it wasn’t until the late-1800s, when scientists discovered the malaria parasite and the role of mosquitoes in transmission, that preventing or even eradicating malaria started to seem like a viable option.

The next 50 years after that were a major turning point in the fight against the disease.

New treatments were developed, and the insecticidal properties of DDT were discovered. Italy launched the world’s first national malaria control campaign, and others followed with their own programs — when the CDC was founded in 1946, its primary mission was to stop the spread of malaria in the U.S.

A malaria-free world: In the 1950s, the WHO started offering “malaria-free” certifications to any nations or territories that could prove that there were no locally acquired cases of malaria within their borders.

The U.S. obtained its certification in 1970, and China is the 40th addition to the list.

Another 50 or so nations either never had malaria outbreaks or the disease disappeared on its own. That leaves about 100 nations where malaria is still present — but the vast majority of cases occur in Africa, with just six nations (Nigeria, DRC, Uganda, Ivory Coast, Mozambique, and Niger) accounting for more than half of all deaths.

This concentration is due to a combination of factors: the malaria-carrying mosquitoes in Africa live longer and are more likely to bite people than other subspecies; the climate is particularly conducive to transmission; and instability in the region has regularly sidelined control efforts.

Even worse, mosquitoes and the malaria parasite have now had time to develop resistance to many of the same drugs and insecticides used to beat them in other places decades ago.

The vaccines are so close: Thankfully, new approaches to malaria prevention and treatment are emerging that might finally allow Africa — and the world — to rid itself of a parasite older than humanity itself.

In April, a vaccine developed by the University of Oxford proved 77% effective at protecting children from malaria during a phase 2 trial in Africa — making it the first to exceed the WHO’s goal of 75% efficacy.

A malaria vaccine based on RNA technology — the same kind used against COVID-19 — is also in development.

Mosquito eradication: Several groups are exploring the use of new gene-editing technologies like CRISPR against malaria, creating mosquitoes that can’t reproduce or can’t transmit the malaria parasite.

Those bugs are still undergoing lab testing, but it might not be long before they’re released into the wild.

So, is a malaria-free world a “viable goal”? Sure — but it’s not going to be easy. China’s effort to end malaria took nearly seven decades, and it started with “only” about 30 million cases per year in the 1940s — Africa has six times as many cases right now.

Still, if one or more of these in-development strategies proves effective and widely deployable, a malaria-free world might finally make the jump from future possibility to present reality. 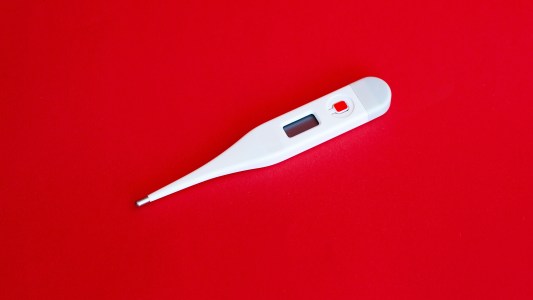 Moderna Therapeutics is trialing an mRNA flu vaccine in humans and developing one to protect against seasonal influenza and COVID-19.