Moderna Therapeutics is following up the development of its highly effective COVID-19 vaccine with an mRNA flu vaccine — and in the future, it thinks it might be able to protect against both infections with a single jab.

The challenge: Vaccines work by training the immune system to identify and attack specific germs, usually by introducing a harmless bit of the pathogen into the body. If the person is ever exposed to the germ in the future, their body will fight it off before an infection can take hold.

Seasonal influenza is difficult to vaccinate against because the viruses that cause it mutate constantly. That’s why you need to get a new shot every year — vaccine developers have to predict the most common strains each flu season and develop shots to target them specifically.

The status quo: Most seasonal flu vaccines are made from killed or inactivated viruses that are grown in chicken eggs, but to have enough time to cultivate them, developers have to predict what strains to vaccinate against six to nine months before the flu season even starts.

Seasonal influenza kills about half a million people every year.

If they could develop and manufacture the shots closer to when they’ll actually be used, they might be able to do a better job of predicting dominant strains each season — as it stands, most shots are only 40% to 60% effective.

A better vaccine could go a long way toward preventing some of the more than 3 million severe cases of flu — and about half a million deaths — that occur globally every year.

An mRNA flu vaccine: Moderna’s new flu vaccine is based on mRNA technology, which means it delivers genetic instructions that teach the body how to make a part of the virus that will generate an immune response — it doesn’t actually include any bits of the virus itself.

The benefit of this approach is that the vaccines don’t take as long to manufacture and instructions for multiple strains can be incorporated into a single shot — Moderna’s mRNA flu vaccine (mRNA-1010) targets four.

Another benefit of mRNA vaccines (at least, those for COVID-19) is that they tend to provoke a strong immune response — something that has been a weak spot for traditional flu shots, because killed viruses just float around and don’t interact with the body’s cells.

Hopefully, an mRNA flu vaccine will not only match the circulating strains of flu better, but also be more effective against them.

The trial: Moderna announced on July 7 that it had administered the first doses of the vaccine in a phase 1/2 trial in the U.S.

It plans to enroll 180 healthy adults in the study, which will be used to evaluate the safety of the mRNA flu vaccine, as well as the immune response it prompts.

The next steps: Though this trial just started, Moderna is already looking ahead to the development of future mRNA vaccines, including combination shots that will target the flu, COVID-19, and potentially RSV, another seasonal respiratory virus, which currently has no vaccine.

“We expect that our seasonal influenza vaccine candidates will be an important component of our future combination respiratory vaccines,” CEO Stéphane Bancel said in the announcement.

“Our vision is to develop an mRNA combination vaccine so that people can get one shot each fall for high efficacy protection against the most problematic respiratory viruses,” he added. 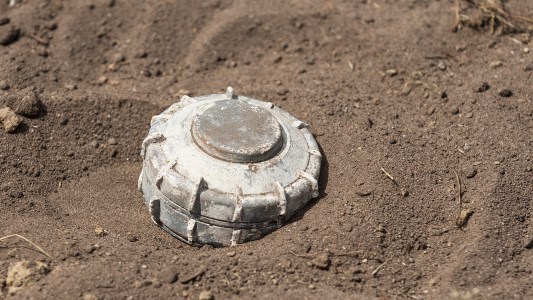 Bacteria that glow in the presence of a landmine may one day help save lives.

Public Health
This bacteria can find a landmine
By B. David Zarley
Subscribe to Freethink for more great stories
Subscription Center
Sections
Video
Freethink
Subscribe
We focus on solutions: the smartest people, the biggest ideas, and the most ground breaking technology shaping our future.
Subscribe