“The main rate-limiting factor holding back global demining efforts is not the actual removal of buried landmines,” researchers at the Hebrew University of Jerusalem wrote in Microbial Biotechnology last October, “but rather pinpointing their exact locations.”

Current landmine detection methods mostly require people to be put in harm’s way, the authors say, but they have a possible solution: glowing bacteria.

Deadly ground: Nobody truly knows how many landmines have been laced throughout the world across decades of conflict, but their number, as the International Campaign to Ban Landmines points out, is immaterial: it only takes a few, or the spectre of a few, to make an area unlivable.

These hidden bombs claimed over 5,500 casualties in 2019, Landau reports — the vast majority of whom were civilians. Antipersonnel landmines, designed to kill and maim people, were banned by treaty in 1997, although there are notable holdouts — including Russia, China, and the U.S.

There are numerous ways to find a landmine, including metal detectors and animals like Magawa, an African pouched rat who helped clear roughly 20 soccer fields’ worth of land in Cambodia before retiring last year.

Researchers in Denmark created plants that change color in the presence of a landmine in 2004, and MIT scientists engineered spinach to detect landmines in 2016.

But now, single-celled organisms are one step closer to becoming viable landmine detectors.

Robert Burlage, then at the Oak Ridge National Laboratory in Tennessee, began developing bacteria that glow in the presence of soil contaminants in the mid-1990s. From detecting organic waste and mercury, he tried branching out to landmine chemicals, but could not get enough funding to get his idea off the ground (so to speak).

His work inspired Belkin and the Hebrew University researchers, however, according to Landau. Recognizing bacteria as cheap, expendable, and capable of covering a lot of ground quickly, the team engineered E. coli to become landmine detectors.

In the presence of a telltale explosive chemical, the genetically modified E. coli light up.

In 2017, the researchers successfully detected landmines buried in sand and soil using a laser to detect and count the bacteria from 65 feet away, Science reported. Since then, they have been perfecting the process.

The E. coli are armed with luminscient genes from marine bacteria. In the presence of a chemical called DNT, the bacteria trigger these genes and emit their glow. A byproduct of TNT, DNT vapor leaches out into the soil around a landmine. The bacteria are encased in tiny beads, which provide all the food they need as they get to work.

In the team’s newest study, published in Current Research in Biotechnology, the bacteria are now more sensitive to DNT and glow in its presence faster. Recent field tests, under the aegis of the Israeli military, have not been published, but were “generally very successful,” Belkin told Landau.

But there’s work to be done yet — “generally” isn’t a qualifier you want when it comes to landmines.

By the light of the moon: Perhaps the primary challenge the Hebrew University team faces is being able to see the bacteria. The faint glow of a microscopic organism can be overwhelmed not just by the sun but also the moon, stars, or artificial light sources.

To solve that problem, bioengineer Aharon J. Agranat has developed a cover which both protects and detects their glow. The device, published in Biosensors and Bioelectronics, then relays information back to a computer. Thus far, it’s yet to see the field.

The little landmine finders are a sensitive lot, too; they only work in a temperature of 59 to 99 degrees Fahrenheit.

The researchers eventually want to turn to drone-based platforms to keep people as far away from landmines as possible.

Public Health
African researchers push for a human challenge trial to fight TB
Tuberculosis kills over a million people a year. Researchers in Malawi are pushing for a clinical trial that may help change that.

Medicine
A malaria-fighting antibody has passed phase 2 trials
An antibody designed to prevent malaria infection has proven effective in phase 2 trials in Mali.
Up Next 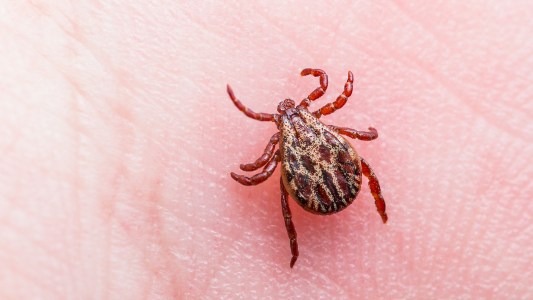 Pfizer and French vaccine maker Valneva are one step closer to bringing a human Lyme disease vaccine to market.

Public Health
Will we finally get another human Lyme disease vaccine?
Subscribe to Freethink for more great stories
Subscription Center
Sections
Video
Freethink
Subscribe
We focus on solutions: the smartest people, the biggest ideas, and the most ground breaking technology shaping our future.
Subscribe