Malignant melanoma is notoriously aggressive skin cancer, capable of quickly spreading throughout the body. That means that it must be closely monitored once discovered — if one treatment isn’t working, there’s no time to waste in trying another.

To diagnose and track the progression of malignant melanoma, doctors will surgically remove a bit of a patient’s skin and tissue — a procedure called a “biopsy” — so that they can then analyze the sample in the lab.

This process can be painful, expensive, and time consuming — and new research suggests that a simple urine test might be able to replace it.

This test could be performed using standard laboratory equipment.

During the process of growing and spreading, cancer cells produce waste molecules that eventually leave the body through urine.

These molecules are fluorescent, which means they can be spotted using a simple, inexpensive detection method called “fluorescence spectroscopy.”

Researchers at Pavol Jozef Šafárik University in Slovakia suspected that doctors could monitor a patient’s response to a melanoma treatment by tracking the levels of the molecules in their urine.

If the levels were going down, it would indicate that a treatment was working. Up, and the patient’s cancer was progressing.

To put their theory to the test, the researchers measured the levels of the fluorescent molecules in the urine of malignant melanoma patients and healthy controls for a study now published in the journal Open Chemistry.

As they expected, the levels corresponded with the progression of a patient’s melanoma.

“Our results show that we can successfully use urine, a simply and non-invasively collected biological material, to determine the progression and treatment response of malignant melanoma,” researcher Ivana Špaková said in a news release.

“This method is a user friendly and straightforward technique which could be performed using standard laboratory equipment,” she added. 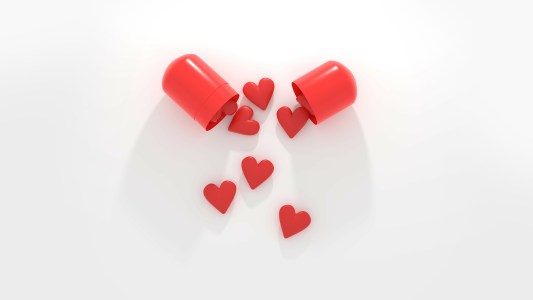 The shape of the love hormone receptor is finally revealed in a 3D map created by researchers at the University of Zurich.