The preliminary results of a mass vaccination experiment in Brazil suggest that even a moderately effective vaccine can dramatically reduce COVID-19 cases and deaths — if everyone who can gets vaccinated.

The background: Sinovac Biotech was an early frontrunner in the race to develop a COVID-19 vaccine, demonstrating an ability to protect animals from the disease back in April 2020.

However, the results of late-stage human trials of the vaccine were both somewhat underwhelming and puzzling — depending on the trial, the efficacy ranged from just above 50% to an impressive 91% to a middle-of-the-road 65%.

It was already December by the time those results were rolling in, and the shot, called CoronaVac, was largely overshadowed — at least in the U.S. and Europe — by the authorization of other, more consistently effective vaccines.

The experiment: In an attempt to determine the real-world effectiveness of CoronaVac, researchers at Butantan Institute (a research center in São Paulo) launched a mass vaccination experiment in hard-hit Brazil.

The plan was to see what would happen if nearly every adult in the town of Serrana received the CoronaVac vaccine (excluding only pregnant women and people with chronic diseases).

Within two months, the researchers had administered two doses of the vaccine to 96% of those eligible and old enough to receive it — that translated to about 27,000 of Serrana’s 45,000 residents, or 60%.

The preliminary results: Since the launch of the mass vaccination experiment in February, the number of symptomatic COVID-19 cases in Serrana has dropped by 80%, the researchers reported on May 31. Coronavirus-related hospitalizations are down 86%, and deaths have decreased by 95%.

Meanwhile, the pandemic has continued to rage in nearby Brazilian cities.

“Serrana is now an oasis,” Ricardo Palacios, a Butantan Institute epidemiologist, told Science Magazine. “And it has shown us that it is surely possible to control the epidemic through vaccination.”

The next steps: The results of the mass vaccination experiment have yet to be peer-reviewed or published, but the WHO validated the vaccine for emergency use the day after the researchers’ announcement.

Serrana is now an oasis.

That means CoronaVac can now be distributed through COVAX, an initiative to get vaccines to people in low- and lower middle-income countries. This news is particularly welcome given that CoronaVac, a traditional inactivated vaccine, should be far easier to distribute than several other WHO-validated vaccines.

“The easy storage requirements of CoronaVac make it very suitable for low-resource settings,” WHO Director-General Tedros Adhanom Ghebreyesus told reporters. “It’s now crucial to get these lifesaving tools to the people that need them quickly.”

Coronavirus
Yale’s new nasal vaccine can boost an mRNA shot
A nasal vaccine delivered as a booster to mRNA shots might offer better protection against COVID-19 and help stop the virus from spreading.
Up Next 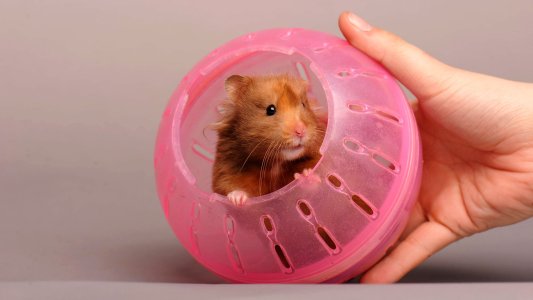 An inhaled nanobody treatment for COVID-19 has shown promise in animal tests and could be a more affordable alternative to monoclonal antibody drugs.